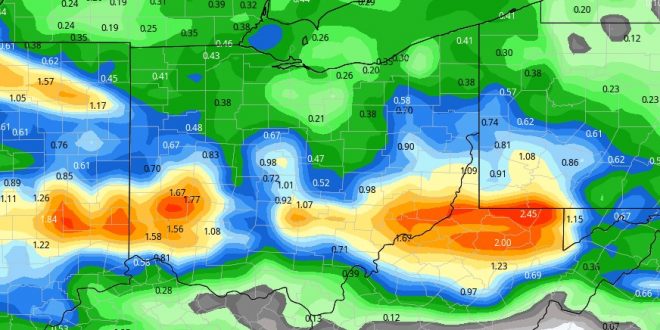 One more fully dry day over Ohio. Today will arguably be the warmest day of the week on good southwest flow. Humidity values start to climb as well, but we see no new precipitation. Tonight showers and thunderstorms will be firing up to our west over NE IA, southern WI, northern IL and then into MI and northern IN. That moisture slides this way after midnight, and we have to allow for precipitation over the northern half of the state through early afternoon tomorrow. Rain totals from I-70 north will be a few hundredths to half an inch with 60% coverage. The moisture lingers, albeit in the central and southern parts of the state through Saturday. Two day rain totals for tomorrow and Saturday will be up to .25″ on the low end, and up to at least 1.5″ on the high end. The higher totals will be where thunderstorms develop later tomorrow afternoon and overnight. Thunderstorm strength will dictate if any areas go higher on a localized basis. See the precipitation map below for the Friday-Saturday period.

We turn out partly sunny for Sunday and start with sun Monday as well. Clouds develop later Monday with a cold front bringing showers to all of Ohio overnight Monday night through tuesday afternoon. Rain totals are projected to be .25″-.75″ with coverage at 90%, but a majority of the state will be in the lower part of that rain range.

We cool off later tuesday night behind the front, and then are dry for the rest of the 10 day period, Wednesday through Friday. Temps will climb the second part of the week and should be normal to above normal in all areas for next Thursday and Friday. The extended forecast period starts dry too, with rain not likely until closer to the 28th. That though process is predicated on a system for next weekend staying south of the OH river, and that system will need to be watched closely into next week to confirm that southern bias. 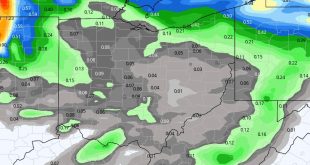 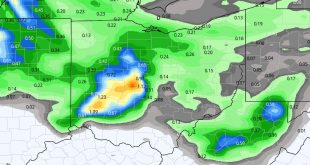 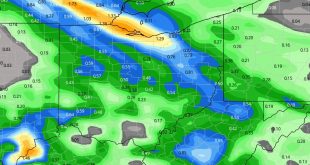 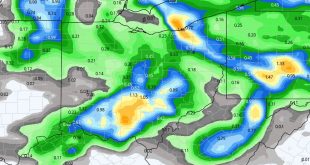 July 26, 2021 -- Today and tomorrow we see full sunshine with warm afternoons. Wednesday a few more clouds are around and we cant rule out starting off the day with a few pop up showers in NE Ohio...