Last week the USDA decreased the 2020 corn carryout which caused the stock to use ratio — the total usage compared to the total production — to drop to levels seen in the 2012 marketing year. The USDA also estimated the 2021 crop years carryout to be as tight as that of the 2013 crop year.

In early June of 2013 December corn traded above $5.70 only to drift lower all summer long until trading below $4.20 by Thanksgiving. It is important to remember how dry the country was as we progressed into the growing season and how worried most of the trade was that we would be extremely dry again. But timely rains kept the crop growing and we produced nearly a trend line crop that year. This was the exact opposite of the previous year when in mid-June of 2012 December corn prices were at $5.30 and within two months traded above $8.30 because it never rained in July.

While there are similarities this year to 2012, the market is being impacted by more than just weather. There is also more uncertainty concerning potential acres planted and increased Chinese demand.

The following Supply & Demand report illustrates some of my predictions. The first column shows the ’20 – ‘21 USDA numbers and the second is the June 10 USDA new crop estimates. The 5 columns to the right are different acre outcomes and yield potentials. Note, beginning stocks, all demand and carryout is in millions (000) of bushels.

A 1 billion (1,000) bushel carryout would be like the U.S. is out of corn, making $8 futures likely. Conversely, a 2 billion carryout would make sub $4 corn probable. That means every 100-million-bushel carryout variation will shift futures prices trading ranges by 50 cents per bushel.

What could make carryout/ending stocks change?

A big variable is likely planted acres (shown in dark green). It is uncommon for acres to change by more than 1 million between the March and June acreage report in most years. However, the trade currently suspects it will increase at least 2.5 million. One private group even suggested more than a 5-million-acre increase was possible this year. This means a possible range of 2.5 million acres. Assuming an average 180 bushels per acre yield, that is a 450 million potential bushel swing, which would have a huge impact on prices.

The red section shows the USDA trendline yield estimate of 179.5. If hit, it would surpass the current record of 176.5, which has only happened twice. If I plug in a conservative yield range of 176 to 181 that would mean on 93 million acres there could be potentially a shift in total supply by 465 million bushels. Likely a drought that drops the national yield significantly would cause extremely high prices assuming demand remains strong.

Traditionally export demand does not usually have much “swing” potential this early in the marketing season. In the last 20 years, China was never even one of the US’s top 10 ten biggest corn buyers. However, for the 2020 crop they earned the #1 spot. This amounted to 700 million bushels, which was 10 times more than their normal take and 25% of US total corn exports this year. For next year, the USDA estimated in the June report a 15% decrease in 2021 total export demand (blue section), which is 400 million less bushels than 2020 and similar to the 2016 and 2017 crop years export levels. However, some in the trade think the US will export even more corn in 2021 than we did in 2020. That could mean a potential 500-million-bushel carryout swing.

Feed and Ethanol usage could also change, but it is difficult to estimate post-pandemic demand. Ethanol could potentially increase another 100 million bushels, but it would depend on driving habits. Feed demand could adjust up or down pending the price level.

And this all assumes Beginning Stocks which is derived from the previous year’s carryout (purple section) will not change again. Any export cancellations could change this line. So, the market is watching this closely.

Where can prices go?

Based on potential acre increases and trend line yields, corn values are likely overvalued and there is a lot of risk premium in the market right now. However, if Chinese demand remains steady, weather is just normal, and acres planted only increase 2 million acres, prices do not need to decrease. The following chart has included some market “what ifs” (highlighted in bright green) that show several bullish scenarios are possible.

Many market analysts expect China to increase 2021 export demand. While their arguments sound convincing, in 1995 China bought more corn than they had the previous 15 years combined. The following year they bought half of their 1995 amount. Then for the next 15 years they bought nearly nothing. In 2011 China exports popped up again, only to be cut in half again the following year. Therefore, it is reasonable to say China exports are extremely unpredictable.

Weather is another variable, which is typical this time of year. While some farmers are reporting areas of dryness, corn is not taking up as much water right now, which is forcing the roots downward to look for subsoil moisture, which could be beneficial come July. Some timely rains could keep this year’s crop on pace for solid yield potential. And although about 25% of the US is quite dry, it’s always dry somewhere every year. Plus, it is mid-June, and a lot of corn was planted early. Looking back at nearly 50 years of yields, trend line yields or better happen 66% of the time and that increases to 75% when crop conditions start out high, like this year.

Most people in the trade I have spoken with this month are bullish. 2019 is a painful reminder of what happens when everyone thinks the same thing. The June report on Thursday was not bearish corn, but the market didn’t close any higher than before the report release and Friday corn traded lower.

While there are many reasons corn could hit record highs, it is important to remember that funds are long, and farmers have not sold much new crop. It may get ugly if both try to get out at the same time. 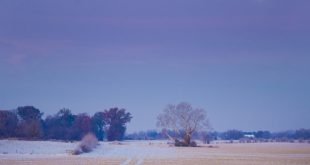