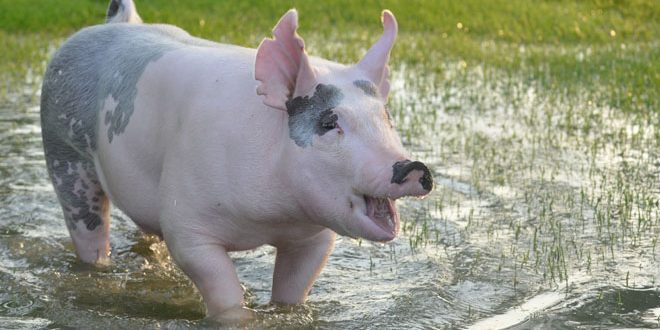 The U.S. Supreme Court announced that it would not grant certiorari and review a decision by the Ninth Circuit Court of Appeals’ on California Proposition 12. Voters approved Proposition 12, the “Prevention of Cruelty to Farm Animals Act,” in 2018. The Act establishes housing standards for egg-laying hens, breeding hogs and veal calves and prohibits the confinement of animals in spaces that don’t meet the standards. Business owners and operators in California may not sell meat or egg products from animals that are not confined according to the standards. Standards for calves (43 square feet) and egg laying hens (1 square foot) became effective in 2020 while standards for breeding pigs and their offspring (24 square feet) and cage-free provisions for egg laying hens are to be effective beginning Jan. 1, 2022.

The North American Meat Institute (NAMI) sought a preliminary injunction against Proposition 12 in 2019, arguing that it violates the Interstate Commerce Clause of the U.S. Constitution, which grants only Congress the authority to regulate commerce among the states. NAMI claimed that the Act establishes a “protectionist trade barrier” that would protect California producers from out-of-state competition and control conduct outside of its state borders.

Both the federal District Court and the Ninth Circuit Court of Appeals disagreed with NAMI. The appellate court affirmed the District Court’s conclusions that Proposition 12 is not discriminatory on its face and does not have a discriminatory purpose or effect, as there was no evidence that the state had a protectionist intent and the Act treats in-state and out-of-state producers the same. Nor does the Act try to directly regulate out-of-state conduct or impose burdens on out-of-state producers, but instead only precludes sale of meats resulting from certain practices, the courts concluded. The federal government and 20 states joined NAMI in a request for a rehearing of the case by the full panel of judges on the Ninth Circuit but were unsuccessful.

The legal challenges to Proposition 12 do not end with that denial, however. A separate case filed by the National Pork Producers Association and American Farm Bureau Federation is pending before the Ninth Circuit Court of Appeals. It also argues that Proposition 12 negatively impacts interstate commerce and will increase consumer costs for pork and that the federal district court judge who dismissed the case failed to examine the practical effects the law would have on producers. The Ninth Circuit heard the appeal in April, so we may see a decision in the next few months.