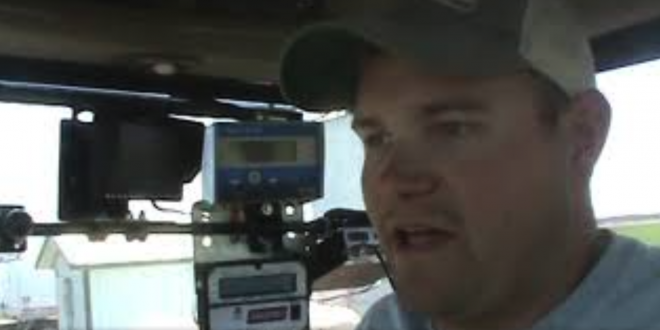 Time is one of the most precious commodities on a farm. There are windows of opportunity to accomplish certain tasks in production agriculture, and with the adoption of new practices, such as cover crops, sometimes those windows become limited. One example is the seeding of cover crops after corn that soybeans will be planted into the following spring. Depending on the corn maturity, often the window following corn harvest is too late to successfully establish a cover crop and meet the requirements of many government programs. 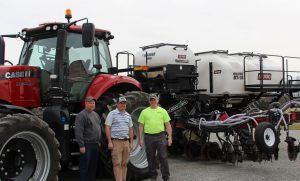 In an effort to mitigate the timing issue of late seeding after harvest, some farmers have attempted to “fly-on” the cover crop just prior to leaf drop. In some cases, farmers have seeded with a “hi-boy” type machine. Siebeneck Farms in Putnam County is inter-seeding cover crops at the same time they sidedress their corn with a modified sidedress applicator. In this approach, timing is critical. The corn needs to be emerged and growing at a rate that the cover crop will not compete with the corn like a weed. At the same time, a window of opportunity needs to be found to allow the cover crop to germinate and establish itself before it is shaded out by the corn canopy. The annual rye will then go dormant and begin to re-grow in the late summer as the corn canopy opens again as the corn ripens and dries down.

While the cover crop inter-seeding is going on, a variable rate of sidedress fertilizer is being applied.

“We are running a Salford SD10 cart on a J&M 28% applicator frame, so we are doing a twin bin dry application,” said Aaron Siebeneck. “It is all ISOBUS through our Pro700 monitor.  We are running it through a Mueller controller, so we are twin variable rating applying our phosphate and nitrogen application as well.

“By applying the phosphorus source during side-dressing, the nitrogen component is better utilized by the growing crop, and we are moving our phosphorus application out of the fall. Also by moving our application from the fall to the spring and in the growing season, we are able to take some of the nitrogen credits and be able to use it toward crop yield. We are variable rating both the N and P by subscription to make sure we are getting them in the right place at the right time.”

The right place at the right time is more than just a 4Rs slogan for Siebeneck.

“We are running 24 coulters on a 30-foot bar so we can apply the fertilizer in two strips along both sides of the row and place it closer to where the roots can utilize it,” Siebeneck said. “We are running four section controls across the 30-foot bar and running a dual recommendation for the two nutrient products we are applying. We are making sure we work the nutrient placement to credit every pound we are applying and making sure we get it in the soil.”

Variable rate application is beneficial economically and environmentally to farmers. The fertilizer is being applied where it is needed and utilized while not wasting it in less productive areas, or environmentally sensitive parts of the field. 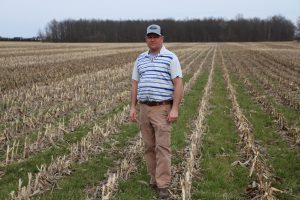 “As we go across the field, we are inter-seeding 20 pounds of annual rye, and variable rate applying 18-46-0 DAP from one bin, and a blend of ammonia sulfate and urea with sulfur from the other bin,” Siebeneck said. “When the prescription changes as we go across the field, the rates change automatically. We are targeting a nitrogen rate of 180 pounds and slightly increasing the rate in higher yielding environments. As the phosphorus recommendation goes up, we can drop rate of the urea blend nitrogen since we increase the nitrogen from the higher rate of DAP.”