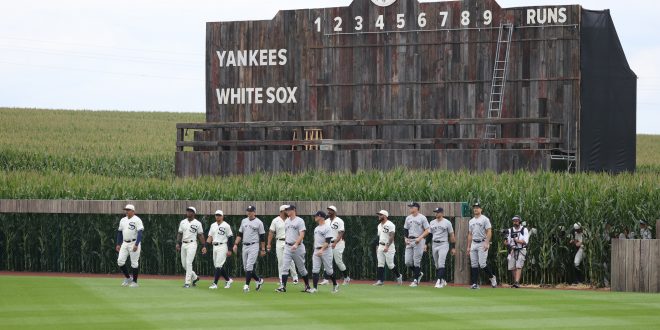 Agriculture on display at Field of Dreams baseball game

They built it. And they came. Originally slated for 2020, Major League Baseball’s “Field of Dreams” between the White Sox and Yankees took place Thursday night in the middle of a cornfield in Dyersville, Iowa, just miles from the set of the 1989 Kevin Costner flick.

The venue held 8,000 people. Tickets were only available to those with an Iowa zip code.

While some online were curious about the yield of the crop, players sampled the crop.

The National Corn Growers Association was a part of the evening’s festivities as a sponsor. Releasing a statement before the game, “This is the first time two professional sports franchises will play a game in a field of corn. This is a big stage, and America’s corn farmers will be proud of how America’s crop will be portrayed tonight,” said NCGA President John Linder, a corn farmer from Ohio.

John Deere got in on the action, and you have to appreciate the old iron.

DEKALB Asgrow used the opportunity to do some clever marketing.

Perhaps the real winner of the evening was Nick Weber in St. Louis who noticed that for a moment, there was a sense of solidarity.