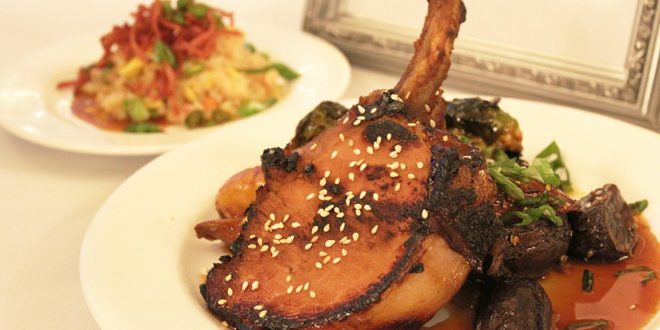 U.S. red meat exports closed the first half of the year on a strong note, according to data released by USDA and compiled by the U.S. Meat Export Federation (USMEF). Although volume and value eased from the enormous totals posted in April and May, export value was still the highest on record for the month of June and first-half shipments established a record pace for both beef and pork exports.

“USMEF had expected a continued strong performance in June for both beef and pork exports, despite significant headwinds,” said Dan Halstrom, USMEF President and CEO. “2021 has presented many formidable challenges for the U.S. industry, including a very tight labor situation, logistical obstacles that slowed product movement and foodservice restrictions in many key markets. So the fact that first-half exports reached record levels speaks to the loyalty of our international customer base, strong consumer demand for high-quality, nutritious U.S. red meat and the U.S. industry’s ability to adapt to a challenging and rapidly changing business climate. We have also seen a welcome rebound in beef and pork variety meat volumes, which had been down last year.”

Beef exports were led by an exceptional performance in South Korea, rapid growth in China, strong demand in Japan and Taiwan and a rebound in shipments to Mexico and Central and South America.

While China/Hong Kong remains the largest destination for U.S. pork in 2021, first-half export growth was led by Mexico and Central America, along with a sharp increase in shipments to the Philippines and Colombia. Exports also increased to Japan and South Korea. With growing demand in these markets, exports to China/Hong Kong accounted for just under 30% of total U.S. export volume, after reaching 39% in the first half of 2020.

June exports of U.S. lamb were 37% below last year at 1,083 mt, but still managed a slight increase in value to $1.6 million. For the first half of the year, lamb exports increased 25% to 6,816 mt, valued at $9.1 million (up 14%). Growth was fueled mainly by strong demand for both muscle cuts and variety meat in Mexico, as well as larger muscle cut shipments to Bermuda, Trinidad and Tobago and Canada.