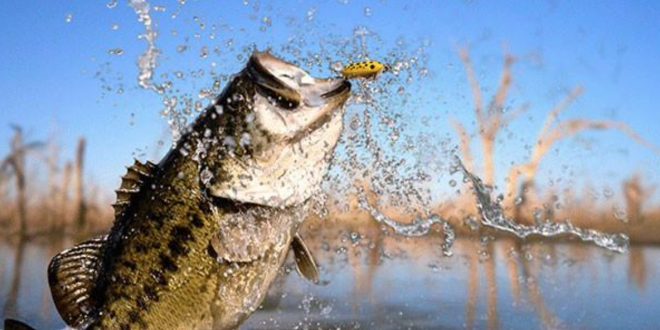 Chances are, if you were fishing for bass in Ohio — or anywhere else — in the ‘60s and ‘70s, you were casting “rubber” worms made right here in the Buckeye State. In fact, two of the largest suppliers of the popular fake worms not only called Ohio home, but Akron in particular. Not only that, but the owners of Crème Worms and DeLong Lures were fast friends and neighbors. David Delong is said to have actually poured the world’s first rubber worm, in 1946, in the basement of his Akron home.

At the time, Akron was ground zero for the fledgling, post-war fishing industry, with names like Fred Arbogast and Pflueger setting up shop in the “Rubber City.” DeLong Lures and the Crème family were equally famous as plastics innovators for use in fishing lures and rode the wake of success until competition forced DeLong to sell and the manufacturing moved out of state, where it foundered.

Until a couple of northeast Ohio anglers who had used DeLong worms in high school decided to find out what happened to the company that produced their favorite baits. When they located DeLong Lures in Indiana, the company was for sale.  But not for long; the guys bought it and brought it home to Canal Fulton.

I interviewed co-owner Stephen Zeigler on my radio show “Buckeye Sportsman” (#buckeyesportsmanradio; buckeyesportsman.com) and learned that at the time they purchased DeLong Lures, Zeigler and his partners had no idea the company had roots right in their backyard. They were astonished to learn that they had unknowingly brought a beloved local company back home.

As well as at Wingfoot Lake, which was originally owned by the Goodyear Tire and Rubber Company, before joining the state system in 2009. The Ohio Department of Natural Resources (ODNR) has completed improvements at Wingfoot Lake State Park, including a 200-foot floating boardwalk that follows the shoreline of Wingfoot Lake and offers two 10-foot x 10-foot fishing access areas. Improvements to the nature center began late last year and were completed in early summer. New stamped pavement surrounding the nature center makes it more accessible and inside, new nature stone flooring and enhanced lighting allows visitors to have a better experience at the exhibits. The park has six large picnic shelters, paved trails, ball courts, and a disc golf course.

Over the next several months, ODNR will be developing new displays that will encourage hands-on learning about Ohio’s natural world and conservation. On a clear day, you can even spot the Goodyear blimp parked in its hangar on the lake’s south shore.

Portsmouth city leaders are hoping to use a $1.6 million grant from the ODNR to upgrade their riverfront. The state set aside $3 million to improve boating facilities across the state and Portsmouth is receiving more than half of that funding. The city will need to come up with $720,000 in matching funds for a total price tag of $2.4 million for the project.

“What we’re hoping is to have a boat dock that will allow recreational boaters to park and walk up to downtown and visit for a day,” said Community Development Director Tracy Shearer.

Speaking of boating, the 65th annual Progressive Cleveland Boat Show & Fishing Expo will kick off the reopening of the I-X Center and the 2022 public shows schedule when it docks at the popular facility Jan. 13-17.

“The boat show was the first public show held in the I-X when it opened in 1986,” said Michelle Burke, president of the Lake Erie Marine Trades Association (LEMTA), “and we’re excited to bring the show back after a year’s absence.

“It was the extraordinary vision of Ray Park,” she continued, “to acquire and turn an abandoned factory that once built bombers and military tanks into the grand facility that attracts thousands of show goers annually. His work and investment opened the door to developing some of the largest public shows in the country.”

The sheer size of the I-X Center allowed the boat show to become the largest show of its kind in Ohio and rank at the top of such shows nationally. The last boat show in the I-X was in January, 2020, little more than a month before the Covid pandemic shut everything down, including the I-X Center.

According to Burke, the 2020 boat show was a reimagined event with dozens of new features and hands-on experiences for attendees. It resulted in a 12-year high attendance. Plans for its return in January are already well underway and will build on the formula that made the 2020 show so popular. Among the single biggest additions to the last show was the Fishing Expo, essentially a new show within a show that treated anglers to the largest collection of fishing gear exhibits and live on-stage presentations in northern Ohio. An increase in the number of seminars and attractions for 2022 is now in the works. For more info, visit lemta.com. 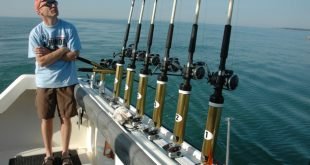