The annual Farm Science Review trade show, now in its 59th year, has announced Jim Karcher of Apple Creek, Gerald Reid of Wooster, and Ken Ulrich of South Charleston as the 2021 inductees into its Hall of Fame.

Each year, the Review, which is hosted by The Ohio State University College of Food, Agricultural, and Environmental Sciences (CFAES), honors individuals who go above and beyond to ensure the best possible experience for visitors and the continued sustainability of the show site, CFAES’ Molly Caren Agricultural Center near London.

This year’s Review runs Sept. 21–23, with the inductees being honored at a private event.

Jim Karcher, former manager of grounds at CFAES Wooster, was selected as an inductee to the Farm Science Review Hall of Fame because of his many contributions to the show, including his work with the field demonstration group, an excellent demonstration of exhibitor relations, and an innovative approach to visitor safety. As a result of his knowledge and experience as grounds manager, Karcher was instrumental in the selection and procurement of landscape materials planted at the Molly Caren Agricultural Center for Farm Science Review.

“Jim not only provided guidance on planning committees for Farm Science Review for many years, but he played an active role in improving the show,” said Nick Zachrich, Farm Science Review manager. “Jim came up with many ideas to improve our field demonstrations, and more importantly, he played an active role in implementing solutions and creating the tools to do so.”

Gerald Reid, an Ohio State alumnus and former manager of farm operations at CFAES Wooster, began his service to Farm Science Review in 1992, when he began assisting with the transportation group at the Review and assumed the lead role for that group in 1996. In this role, Reid was key to improving the safety of the shuttle bus system. As a result of the evaluation system he initiated and developed for the shuttle tractor drivers, the quality and ability level of that group continues to improve to this day.

Reid stepped down from his responsibilities at the Review after the 2016 show to assume the presidency of the national Research Center Administrators Society. Also, prior to retiring from Ohio State, he led the organic crops program at CFAES Wooster.

“We’re thankful for the many improvements that Gerald implemented during his time working with our team,” Zachrich said. “Many of the changes are subtle and go unnoticed by the thousands of visitors that attend the Farm Science Review field demonstrations but have undoubtedly improved the safety of our show. His leadership in this area along with guidance he provided on planning committees for many years has had great value for FSR.”

Ken Ulrich, who previously held positions in poultry and feed mill sciences with CFAES, was a long-time employee of Farm Science Review, having greatly contributed to farm operations throughout the years. Ulrich joins the other Hall of Fame inductees because of his leadership as a mentor and role model for the many student employees who have benefited from his wisdom over the years. Known for his commitment and upbeat personality, Ulrich’s passion for working at the Molly Caren Agricultural Center and preparing for the Review were evident in the many long hours he spent on the grounds.

“Ken witnessed and embraced many changes over his years on the operation, from a very labor-intensive job to a career utilizing technology to improve the quality of the crops, facilities, and safety,” Zachrich said. “Ken was able to adapt and excel through these changes while providing great customer service to exhibitors, visitors, collaborators within the university, and the many other stakeholders of FSR and the Molly Caren Agricultural Center.”

Karcher, Reid, and Ulrich join the ranks of the nearly 80 Hall of Fame inductees who have been honored before them. Zachrich said that while each Hall of Fame member has contributed to the Farm Science Review in their own unique way, they’ve all made the show what it is today. 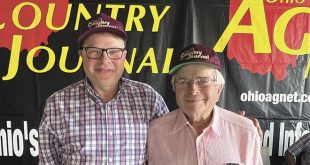 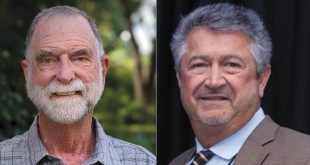 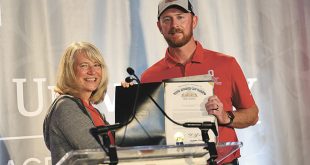 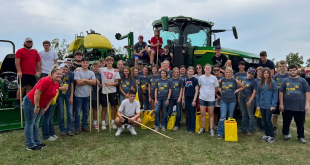