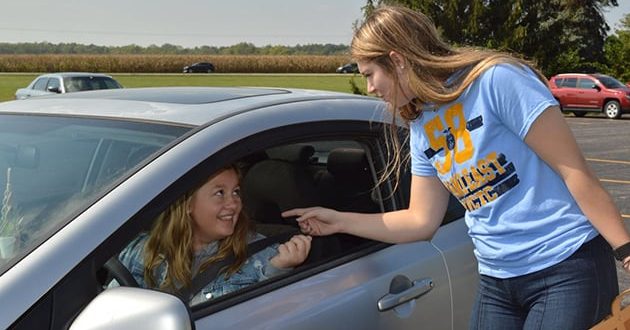 Senior FFA member Chloe Gump (right) gives a “LifeSaver” candy to senior Katie Larson because she was wearing her seatbelt.

On Tuesday, September 28, as part of National Farm Safety and Health Awareness Week, the Miami East-MVCTC FFA Chapter held a Seatbelt Awareness Activity. As students exited the parking lot at Miami East High School, the drivers were stopped and their seatbelts were checked.

The FFA’s Safety Committee would like to encourage all drivers to slowdown and wear their seatbelt. Committee members involved in this activity were Samuel Sutherly, Kendal Staley, and Chloe Gump.