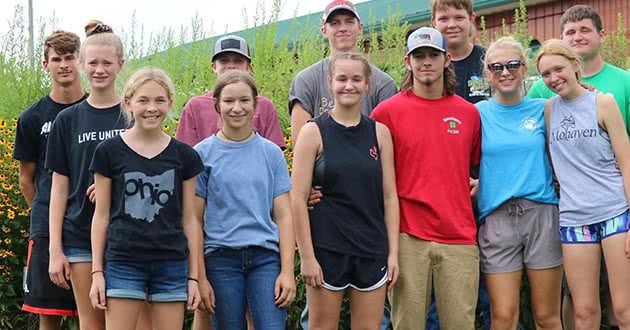 Over the summer, the Utica FFA chapter stayed very busy. In June we had SAE (supervised agricultural experience) visits. During SAE visits Mrs. Neff saw students and helped with their projects, as well as helped them with their FFA records. On some of the visits, Miss. Elfrink was able to attend. Miss. Elfrink will be student teaching with Mrs. Neff throughout the 2021-2022 school year.  In June and July, the 5 members of the FFA officer team also devoted a day to officer training. This year’s officer team is Kenneth Davenport- President, Abby Paxton- Vice President, Todd Orr- Treasurer, Georgia Gamble- Secretary, and Brianne Priest- Reporter.

In July we had 5 students, Mrs. Neff and Miss. Elfrink attend FFA Camp Muskingum, it was a 5 day camp. We met other FFA chapters from across the state, played grassy games and participated in tournaments, learned about leadership and got to know the State FFA Officers. We enjoyed our time there to say the least.

In august we had projects at the Hartford fair.  Some members of our chapter had market and breeding animals to show at the fair, through FFA. In the FFA building we had a two best of show projects, Melinda Wesley & Audrey Boeshart with their Agriscience Fair Display. We had lots of other blue and red ribbons won by our members. We also had the FFA challenge where our chapter came in first. Members of the chapter participated in a Natural Resources Quiz bowl, recycled boat race, canoe tug of war and a canoe relay. We had a great summer and are looking forward to the many trips and opportunities we have with our FFA activities during this school year

At the end of our State FFA Convention in May, we had several state winners. After spending some of the summer working on updating applications, they were sent off for National judging during July. We finally found out in August the outcome!

In the Agriscience Fair competition, Emily O’Hara was given a bronze rating with her Animal Systems Division 1 project. Emily did a great job representing our FFA chapter and the state of Ohio.  We also found out that we had 2 sets of students who were top 10 in their areas! Melinda Wesley & Audrey Boeshart in Animal Systems Division 2, as well as Kyle Gilbert & AJ Shannon in Plant Systems Division 2. These 4 have been practicing their interview skills, as they will interview during September via Zoom. Then on October 1st, we will find out if they are in the top 3 of their project area. Final results will be announced during various National FFA Convention Sessions.

In the Beef Production Placement Proficiency, we found out that Amanda Annett is in the top 4! She will also go through an interview process over Zoom during September. She will get to be on stage during the National FFA Convention in Indianapolis, Indiana to find out her final results.

Congratulations to all of our finalists and degree recipients! We are so proud of you and your accomplishments!

Ag Pushes Back on Chlorpyrifos Ban 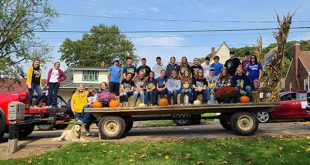