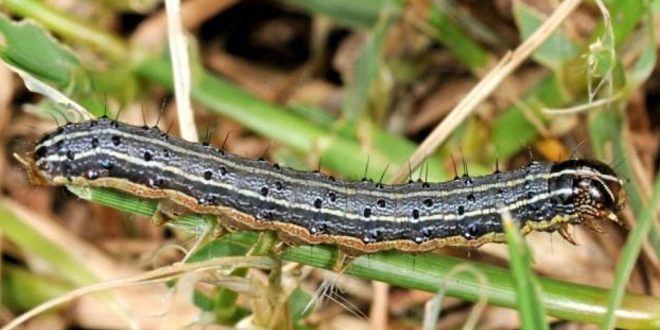 Despite the cold snap a couple of weeks ago, we have continued to catch large numbers of fall armyworm moths (we caught >10,000 moths the last week of September), have found eggs, and have even had reports of damage in cover crops, alfalfa and other forage.

The good news is that the extent of the damage is less than we saw during late August and early September. However, the continued warmth over the next week or so may allow fall armyworm caterpillars to do a bit more feeding until the first frost. We recommend to scout all alfalfa, forage, cover crops, winter wheat and other crops that still may be risk from fall armyworm feeding.