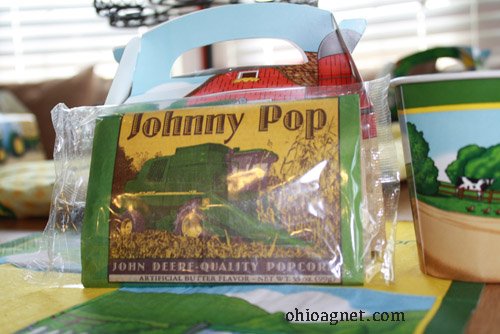 It’s all about the science! I’m talking about the science of popcorn. My extensive research on Kitchenopedia.com states that there are 3 main components needed to create the perfect popping corn: kernel moisture of 13.5 to 14%, kernel, and starch all wrapped up in a hard shell. These three factors must be just right to create the magic. Throw these seeds in some hot oil and it’s showtime. The hot oil bath causes the moisture in the seeds to expand and begin their dance. The moisture and pressure build up until there is an explosion of epic proportions.

Popcorn.org states that popcorn can pop at heights of up to 3 feet! Guess it’s always good to keep the lid on. The starch in the kernel forms a 3-D bubble-like structure that turns it into a fluffy treat. It is amazing science that is true no matter how you look at it.

The popcorn story goes way back. Some of the oldest popcorn ears were found in Bat Cave, New Mexico in the 1940s and are thought to be over 4,000 years old. In ancient Aztec times, popcorn often called a “white flower” was not only eaten but used in ceremonial dress during The Popcorn dance and other celebrations. Native Americans told a story that when heated, the spirit grew angry, burst out of its home, and fled into the air as a disgruntled puff of steam. In the mid 1800s with the introduction of the moldboard plow, popcorn and other corn became more widely planted. An interesting factoid is that popcorn is typically thought of as a snack that used to be eaten for breakfast. The story goes that Ella Kellogg enjoyed a bowl of popcorn and milk before the cornflakes became a household name. I dare you to try it.

Americans consume over 15 billion quarts of popcorn a year — that’s 45 quarts per person of this amazing treat a year. Around 70% is eaten at home and 33% through movies, ballgames, and other cool locations. In the 1980s, the introduction of microwave popcorn helped increase the U.S. consumption. Most U.S. popcorn is grown in the Midwest states of Nebraska, Indiana, Illinois, Iowa, Kentucky, Michigan, Missouri, and Ohio.

Word on the street had gotten out that my Mr. loved popcorn. Air poppers, Stir-Crazy, microwave poppers and Whirly-poppers filled our wedding coffers. Eight popcorn poppers filled our newlywed cupboards while also giving us a perfect regifting opportunity for a few of our closest friends and family gift giving occasions. Paul exceeds the current popcorn per capita consumption coming in with at least 4 to 6 quarts 3 times a week. Our extensive 33 years of research has revealed that the Whirly-pop offers top performance and exceeds other poppers. We can’t imagine life without it and we are on our fourth or fifth. If you don’t have one, you truly don’t know what you are missing.

Counting as a whole grain, not much can compete with popcorn as a healthy snack. Three tablespoons of magic kernels plus 1 tablespoon of oil creates a 6-cup healthy snack of only 210 calories. This provides you with 7 grams of fiber and counts as 2 whole-grain servings. Popcorn fits it to any of the free diets — gluten-free, sugar-free, meat free. Toppings are where the unhealthiness weighs in but oh the goodness. Paul’s must-have popcorn addition is butter. My go to is caramel! Additional calories, but priceless for superior deliciousness!

October is National Popcorn Poppin Month and it’s the perfect time to enjoy some of nature’s perfect science fair projects. Enjoy it naked with a little sprinkle of salt or dress it up with some of these fine toppings below.

Pop ½ c popcorn and top with…

Heat a large pot over medium-high heat; add the popcorn kernels and peanut oil. When the oil starts to sizzle, sprinkle the sugar over the kernels. Cover with a tight-fitting lid and shake the pot until the popping slows down, about 8 minutes. Remove from the heat and set aside to cool. Spray a large bowl with cooking spray and add the popcorn, candy corn and peanuts.

Combine the marshmallows and butter in a large pot over medium-high heat. Cook, stirring, until melted and smooth, about 5 minutes.

Pour the melted marshmallow mixture over the popcorn mixture and gently toss to coat.

Coat your hands with cooking spray, then shape the popcorn into 3-inch balls. Let cool.

In large bowl, toss together popcorn and apple chips.

Reduce heat and simmer for 5 to 7 minutes or until sugar is dissolved and caramel is thickened slightly.

Remove from heat; stir in cinnamon and nutmeg. Let cool for about 5 minutes or until thickened. Pour over popcorn; toss with salt.

Preheat oven to 250 F. In a saucepan over medium heat, melt butter. Then stir in sugar, corn syrup and salt. Bring to a boil, stirring constantly. Remove from heat, stir in baking soda and vanilla.

Gradually pour the sugar mixture over the popped corn and walnuts. Mix well. Bake at 250 F for one hour, stirring every 15 minutes. Remove from oven and cool. Break apart and place on wax paper.

Melt the vanilla bark completely (according to package directions). Drizzle the melted chocolate over the cooled caramel corn. Allow to cool for about 5 minutes. Sprinkle & stir in dried cherries. Store in airtight “Ziploc” or airtight containers. 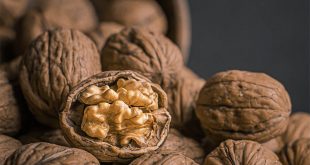 What a catch! Fish dishes to diversify diets 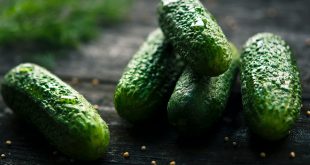