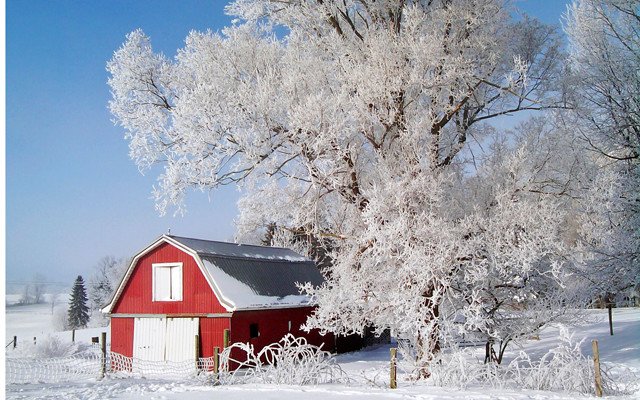 Even though we’re only a couple weeks away from the true start of winter (hard to believe, I know), some trees are still clutching onto their leaves as if the dying foliage will be enough to fortify their soon-to-be bare branches against the frigid temperatures. It’s important to take note of the trees that have leaves yet to fall, especially if you house livestock outside in pastures or sacrifice lots. I’m sure most have heard of the dangers of black/wild cherry limbs and leaves for cattle, but there are several other trees and shrubs that can cause negative impacts on cattle, horses, sheep, and goats.

Poisonous to all classes of livestock, wilted cherry leaves and branches can cause prussic acid poisoning, the same poisoning as seen in frosted sorghum-sudangrass. It’s best to remove downed limbs and leaves from pastures to prevent incidental intake, or keep animals off the lot until the leaves have completely dried and become brittle.

Poisonous to horses, wilted red maple leaves an destroy red blood cells, which ultimately leads to decreased oxygen supply to the horse’s organs and extremities. Similar to the wild cherry, make sure to removed downed limbs and leaves. If total leaf removal isn’t possible (i.e., too many trees to adequately clean up after), ensuring there is plenty of forage such as pasture, or hay in the winter, should occupy the horses to keep them away from the leaves. Keeping horses off the pasture is another option.

Oak leaves are most dangerous in their green form and are most toxic to cattle and sheep, but can affect horses if enough leaves and acorns are eaten. Gallotannin is the compound found in all parts of the oak tree, which is broken down into tannic acid in the digestive tract. This can cause ulceration in various parts of the tract as well as kidney failure, which is typically the cause of death in acorn poisoning. An overload of acorns in the diet can also cause compaction colic in horses.

This evergreen is extremely toxic to all classes of livestock and all parts of the bush, with the exception of the berry flesh, are poisonous. As little as 1 pound of yew leaves or branches is enough to kill a 1000-pound animal. Taxine is the primary toxin in yew bushes and affects the heart. Removing yew shrubs from fence lines is a way to prevent poisoning, and never dump shrub trimmings into the pastures where animals graze. With the holidays upon us, this evergreen is found in outdoor décor, so take care when disposing of the branches after the holiday season.

Mainly affecting horses, black walnut toxicity manifests as laminitis and colic. Horses are not only be affected through eating black walnut leaves, but also through sawdust or wood shavings that contain black walnut wood. The mechanism of laminitis is not yet entirely known in black walnut bedding cases, but the toxin juglone may be absorbed through the coronary band (when the hoof meets the pastern) and interrupts blood flow. Shavings containing 20% black walnut are known to cause ill effects; rapid breathing may also accompany bedding-type poisoning.

In summary, take inventory of the trees and shrubbery around the barn and pastures. In some instances, only a few mouthfuls of leaves is enough to harm or kill livestock, leading to profit losses and replacement costs. Clean pastures and fence lines can do wonders to keeping your livestock safe. 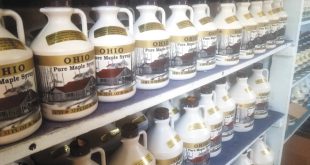