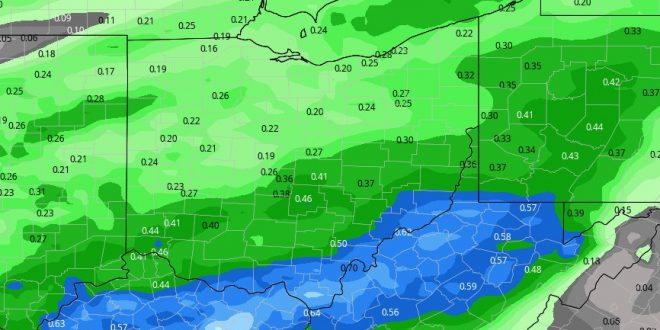 Cold today, but we should be precipitation free. We expect a mix of clouds and sun, Tomorrow temps moderate with a good deal of sun, and we could be well above normal by the end of the day. That surge of warm air will prove to be our undoing, though. As colder air pushes back south for Sunday, the warm air-cold air battle will wring out moisture over most of Ohio. We look for Sunday precipitation to be mostly rain, but we cant rule out ending and changing to snow, especially late Sunday afternoon and Sunday night, if precipitation lingers. Moisture totals will be .1″-.8″ over 90% of Ohio in liquid equivalent. Behind the initial run of moisture, we see strong north and NW winds, putting a lot of lake effect clouds into the state and good chances for lake effect snow over the northern half of the state on Monday. We don’t expect big accumulations right now, but need to be on the lookout, as lake snows can change things in a hurry. At the moment, we expect the best lake snow potential to be in NE Ohio monday. The map below shows Sunday precipitation potential in liquid equivalent.

Tuesday remains cold, but the winds subside a bit, and that removes some cloud and snow threat. We turnout partly sunny. Temps moderate for Wednesday and now we stretch that through Thanksgiving Thursday, keeping temps above normal. Colder air returns after the holiday, with below normal temps for Black Friday, Saturday and Sunday. We do see some signs of moderation Sunday afternoon for temperatures. However, we also have a strong storm complex exiting the plains next weekend and moving through the lower Mississippi Valley Sunday morning. Current tracks project potential for late day Sunday rain showers over the southern third of Indiana and southern half of Ohio. We will need to watch this development closely. We don’t expect snow, but a southern system may be able to trigger some heavier rains.

The extended period is dry all the following week until we get to December 3rd . A cold front there brings rain again as temps look to be above normal for most of the week. The system looks large and may have wrap around moisture behind it for the 4th. Two day totals have potential for .4″-1.25″ with 80% coverage. 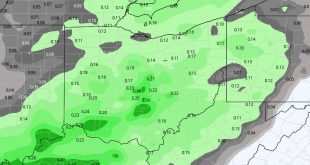 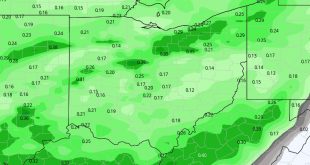 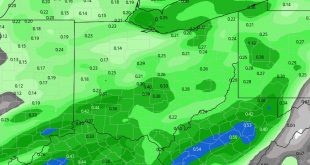 November 23, 2021 -- Remaining cold today, but not quite as cold as yesterday. Winds will start to move to the south this afternoon and that will set us up for a warmer Wednesday. Temps will actually be above normal tomorrow. We should see full sunshine today and start with full sun tomorrow, but clouds increase late tomorrow and tomorrow night...