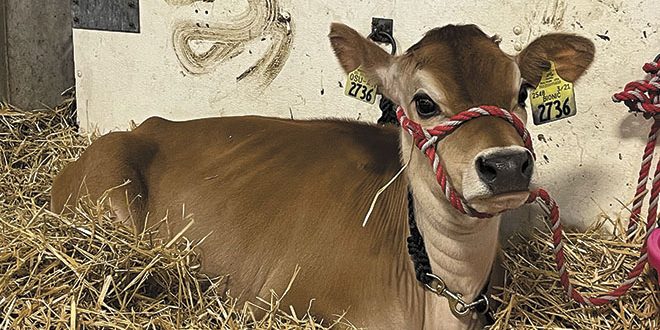 Fun fact, a “disease symptom” is something you are personally feeling, while a “disease sign” is something you observe in someone else or in animals. In order to better score potential disease, it is necessary to understand what a healthy calf looks like, so a sick calf stands out and is appropriately treated. So, what factors need to be observed?

Calves are naturally playful; sometimes I see them referred to as “grass puppies” on social media because of their bouncy and curious personalities. Healthy calves also have bright eyes and alert ears, paying attention to the world around them. They will typically stretch upon rising. On the flip side, sick calves may seem lethargic or disinterested in their surroundings. Dull eyes or mucus coming from the eyes and nose is a clear sign of illness. They may not be as eager for their meals and potentially have greater respiratory rates.

If you happen to have a sick-looking calf, there are 5 major indicators in which you need to evaluate. The first is dehydration. If a calf is uninterested in eating or drinking, chances are it may become dehydrated. Water is lost from the body not only through urination or excessive salivation, but also through respiration (and if the breathing rate is increased as mentioned earlier, more water is lost from the body through the respiratory tract). You can pinch skin on the calf’s neck to check for dehydration; the skin should flatten in less than 2 seconds. If the skin remains tented for more than 4 seconds and the calf also has sunken eyes, it is slightly to moderately dehydrated and needs attention immediately. A calf can die when it is 10% dehydrated.

The second indicator is fever. Animals will likely feel hotter than normal on a summer day, but prolonged elevation of internal temperature is an indication of inflammation or infection. A normal temperature for a calf is below 103 degrees F in normal weather conditions (i.e., not sweltering heat). Temperature should be taken rectally over the course of several days at the same time to determine a baseline and how the temperature fluctuates if there is concern of illness. Defecation during temperature measurement calls for a second try.

Navel infections are the third indicator. The umbilicus is a vulnerable spot on a neonatal calf that welcomes any bacteria that would like to enter. Navel scoring is done through palpation to determine the severity of the infection; a score of 0 indicates no swelling, a score of 1 presents with swelling approximately the width of a finger, and a score of 2 presents with swelling the width of 2 fingers that is painful and with discharge. Therefore, if the navel is abnormal or joint ill occurs, this is a case where antibiotics are necessary for treatment because of the bacterial nature of the infection.

A fourth indicator is diarrhea, which is closely tied to dehydration. The tricky part about diarrheal diseases is that they can be caused by a plethora of pathogens – viruses, bacteria, and protozoa. Seldomly is diarrhea actually caused by bacteria, so if a calf is only mildly presenting with such bowel movements, they likely will not benefit from antibiotics. Non-pathogenic causes of diarrhea include poorly mixed milk replacer or sudden changes in feed. Therefore, if a couple of calves appear sick, take a look at calf management before heading to the medicine cabinet.

The final indicator is respiratory disease. It can not only affect welfare, but also reduce growth rates in calves. Respiratory illness also manifests in several different manners through the eyes, ears, muzzle, and breathing rate. Eyes can be scored according to discharge levels. A score of 0 is a healthy calf with no discharge; a score of 2 ranges from slightly apparent discharge to extreme crust buildup around the eyes and on the eyelashes. Ears are next, with alert ears being a normal score of 0. A score of 5 indicates 1 or both ears drooping and the presence of a head tilt. Muzzle scoring takes into account the mucus coming from the nostrils. A healthy calf will have a wet nose, but no serous (clear) or thick, green mucus coming from one or both nostrils. Lastly, if breathing is labored and there is a continuous cough, there is likely some degree of respiratory disease.

Knowing the calves’ normal behavior and then evaluating them for dehydration, fever, diarrhea, navel infections, and respiratory disease can help make an educated decision on whether or not to use antibiotics. Again, having a close relationship with your veterinarian can help you work through treatment protocols and can give more insight on how to evaluate calves. 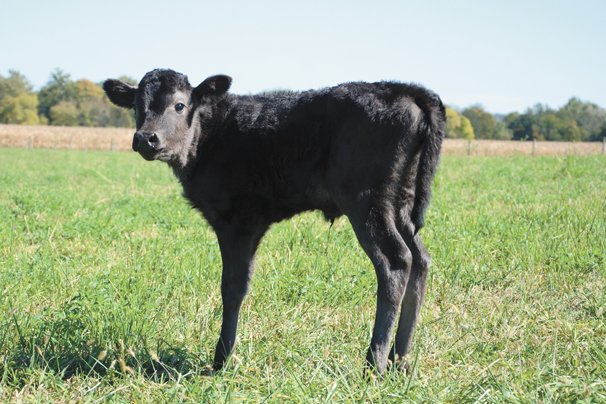 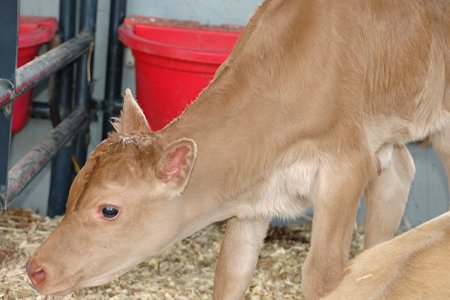 Raising dairy calves: Reading personality of the calves can be important

Winter ventilation can make a big difference for calves

The first official day of winter is December 21, although winter weather has already arrived. …