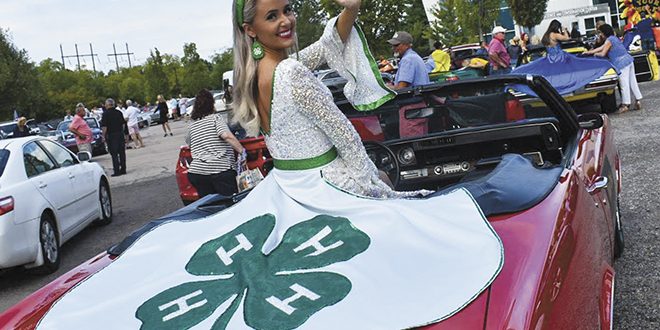 Current promoted 4-H when she participated in the “Iconic Show Me Your Shoes Parade.”

By Brianna Gwirtz OCJ field reporter
Ohio agriculture is about to be nationally represented in an uncharacteristic place: the stage at the Miss America competition. Lora Current, 2021 Miss Ohio, will be competing for the coveted title of Miss America Dec. 12 through Dec. 16 in Uncasville, Conn. Current grew up on her family’s farm in Rosewood, Ohio, a small rural town in Champaign County. Both her parents, Dana and Chad Current, are veterinarians.

“I grew up on our family’s cattle farm. We raise Angus cattle and have a few horses as well,” Current said. “I grew up in a big family, I’m the sixth of seven kids. I was basically born into 4-H. My parents were club advisors and I showed just about everything. Pigs and sewing were my main projects.”

The 4-H club that Current belonged to was the same club her father was a member of when he was young. The multigenerational tie means a lot to Current.

“Today, now that I’ve aged out of being a member, I am an advisor with my dad for the club. Our club recently celebrated 75 years of being active. It could be one of the longest running clubs in the history of the program,” she said.

It was 4-H that pushed Current to try new things. One year she rented a llama and trained it to be an emotional support animal.

But perhaps one of the more life-altering events that occurred while in the 4-H program was running for Champaign County Fair Queen.

“It’s tradition in my county, when you turn 16 you run for fair queen,” Current said. “Well I competed for the first time and was so shocked to win it. Honestly, out of all the competitions, I think I was the most surprised to win Champaign County Fair Queen in 2018.”

Once crowned a county fair queen, Current learned that she had the opportunity to run for the Ohio Fairs’ Queen, an annual competition through the Ohio Fair Managers Association, where candidates are interviewed about their experiences in 4-H and FFA, among other things.

“Initially I had no idea there was an Ohio Fairs’ Queen, but in January I went to Columbus to compete. I was crowned the 2019 Queen, and then I started traveling the state of Ohio,” Current said. “That year was amazing, I tell people I have a friend in every county now. If I ever need anything or a place to stay, I have someone I can call in every county.”

After turning over her crown in early 2020, Current was encouraged by a judge to consider running for Miss Ohio.

“The judge was the parent of a former Ohio Fairs’ Queen and she told me that when her daughter completed her role, that the daughter went on to compete for Miss Ohio. The judge told me that I was good at public speaking and since I was a student in college who could use a scholarship, why not give it a shot?” Current said. “I really wasn’t so sure. I hadn’t competed before. I’m just a ‘country bumpkin’ farm girl. I never really even watched the Miss America competition before. But I knew I could use a scholarship, so I decided to go for it.”

In order to compete for Miss Ohio, women must first win a local or regional competition. Current got her first real experience with the Miss Ohio program while in the Miss Oxford competition in early March 2020.

“I got runner-up in the first one. I learned really quickly what the competition was all about. My views prior to that were definitely skewed, just based on things I had seen in movies.  In a job interview I can do great, but it’s so different being on stage,” Current said.

Towards the end of March 2020, Current entered into the Miss South Central competition and won.

But then, COVID hit. The Miss Ohio competition was put on hold until 2021. Instead of being upset about it, Current focused more energy into the community service project she started. Each girl, before entering a local competition, must complete a Social Impact Initiative. Current’s Social Impact Initiative was ReadOn: Empowering Literacy, Learning, and Leadership. With the initiative, Current launched a nonprofit called #ReadOnUSA.

Inspired by her own hurdles with literacy, Current said the nonprofit aims to encourage and provide resources to students to overcome learning disabilities. Overall, she hopes the program increases literacy in the state.

In June of 2021, Current shared more about her initiative on the stage of the Miss Ohio competition, hosted in Mansfield. Along with answering interview questions, Current also tap danced for her talent, something she’s been doing since she was a little girl and continues to teach to others. At the end, the first-year candidate was crowned Miss Ohio.

With the crown also came a $10,000 scholarship, which Current is putting to good use as a social work major at the Ohio State University. Recently, Current traveled for orientation in preparation for the Miss America program and participated in the iconic “Show Me Your Shoes Parade.” Current rocked sparkly green boots and a white glittery ensemble with a train featuring the 4-H emblem.

“4-H was started here in Ohio and it’s the largest youth development organization in America. I wanted to show off what Ohio has to offer in a unique way. Hopefully that brings pride to Ohio. Ohio’s something special,” Current said.

Throughout a busy year of balancing Miss Ohio duties, school and a job, Current is remaining true to her roots. Her passion for agriculture and education, along with strong faith are at the forefront of all she does.

“I’ve always loved meeting and serving people. The 4-H pledge, using your head, heart, hands and health to better yourself and better your community has always been a core for me. I only realized recently that the Miss America motto, ‘to prepare great women for the world, and to prepare the world for great women’ is so similar in that you’re impacting people around you Current said. “That is truly my ‘why.’ It’s more than a crown, it’s a way to impact people with my thoughts, words and actions.

“Miss America has really evolved from a beauty competition. Miss America is so well-rounded. That’s one way I’ve been blessed as Miss Ohio. I can connect to and communicate with someone, whether they’re in Columbus or on a farm. But it’s a scary thought that so many people don’t know where their food comes from. Miss America is not a rural organization, so I am excited to be bringing my agricultural background into a sector that it normally doesn’t make it into.” 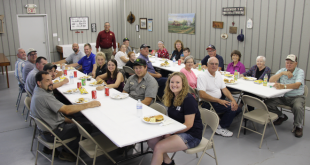 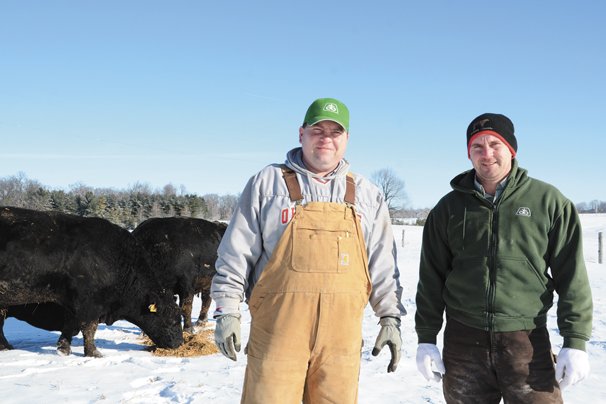 Cable Acres Farm finds that fighting the trend can pay off 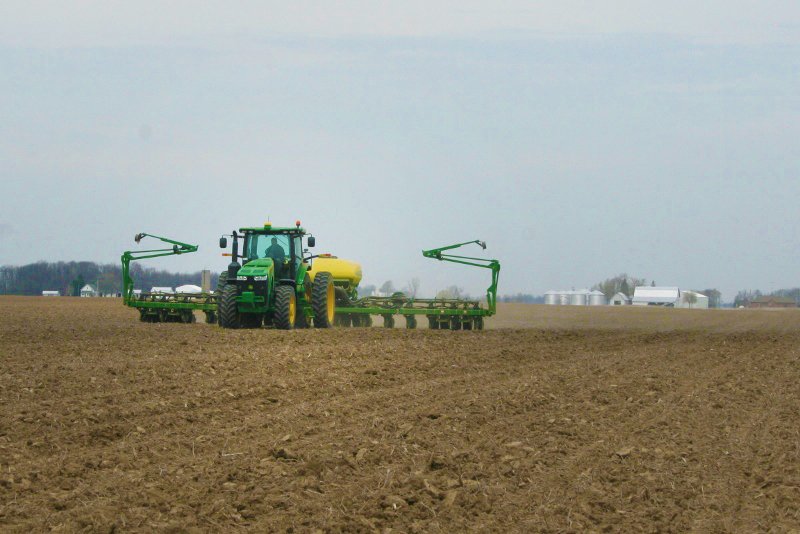