In 2004, Michael and Chantell Sackett purchased a vacant lot of .63 acres in a rural residential area in Bonner County near Priest Lake in northern Idaho. The property is about 300 feet from the lake and, on the other side, across a road from a tributary of a creek that feeds into the lake. The EPA says that the land is connected to the lake through a subsurface flow of water.

The Sacketts planned to build a home on the property and obtained local permits in 2007. The construction of the house has never started because the Sacketts have been in a legal fight with the EPA over the issue of wetlands for 15 years.

While making initial building preparations, the Sacketts received an Administrative Compliance Order from the U.S. Environmental Protection Agency, alleging the deposit of fill onto their property constituted an unlawful discharge of pollutants into the waters of the United States under the Clean Water Act (CWA). Part of the Sackett’s parcel contained wetlands, the EPA asserted and filling wetlands without a permit is prohibited. Failure to remedy the discharge, the EPA warned, could expose the Sacketts to penalties exceeding $40,000 per day.

The couple sued the EPA, but the agency said its compliance order didn’t amount to a final action subject to judicial review. The case eventually went to the Supreme Court, galvanizing a broad coalition of property rights advocates against the EPA. The justices, in 2012, unanimously concluded that the Sacketts were entitled to challenge the compliance order in court.

The litigation has churned on ever since. A federal district court in Idaho finally ruled last year that the EPA correctly determined the wetlands on the Sacketts’ property fell under the Clean Water Act’s permitting program. The couple then took the case to the Ninth Circuit that agreed with the lower court.

On Jan. 24, 2022, the Supreme Court agreed to hear the case and determine whether the U.S. Court of Appeals for the Ninth Circuit set forth the proper test for determining whether the wetlands are “waters of the US” under the Clean Water Act.

The dispute touches on a constant source of debate in environmental law: how the EPA defines which wetlands and waterways are covered by the Clean Water Act, and relatedly, how it should interpret the Supreme Courts’ famously fractured 2006 decision in Rapanos v. United States, which featured five different opinions.

The Idaho district court that reviewed the Sacketts’ case held wetlands on the their property were covered by the Clean Water Act under the “significant nexus” test laid out in a concurrence from then-Justice Anthony Kennedy who provided the key vote in the 4-1-4- decision in Rapanos v. United States in 2006, in which he agreed with the four-justice plurality that EPA and the Army Corps of Engineers had improperly asserted jurisdiction in permitting decisions for Michigan construction projects.

But Kennedy, who was then known as the court’s swing justice, disagreed with his colleagues on how to determine in which cases the federal government can exercise its Clean Water Act authority.

In the years since the Rapanos decision, federal courts have generally favored Kennedy’s “significant nexus” test, which takes a broad view of federal jurisdiction, over Scalia’s narrower definition requiring a wetland to have a continuous surface connection to a regulated water.

Michael and Chantell Sackett are sympathetic plaintiffs, and the fact pattern is favorable. Anything could happen, but it is likely the court may clarify “waters of the US” and narrow the role of the EPA. The Justices, however, may not issue their opinion in this case until next year. 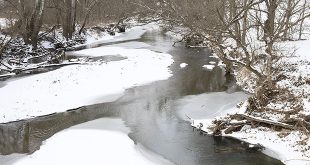 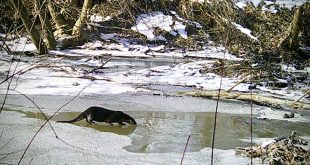