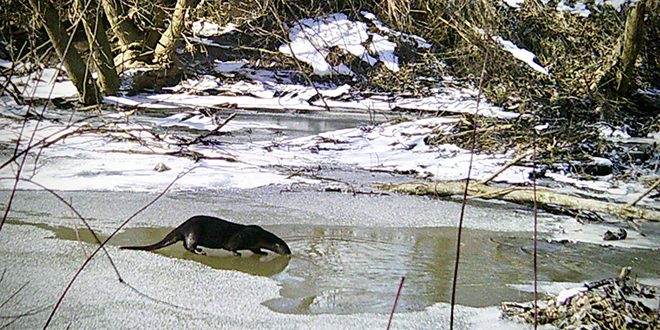 This otter has been playing in Ottawa Creek on the Reese family farm. Photo by Dana Meeks.

In 2021 a beaver dam was discovered on my family’s farm in Hancock County in Ottawa Creek, which is in the Blanchard River Watershed and part of the Western Lake Erie Basin Watershed. Since then, we have yet to actually see a beaver, but we have video and photo evidence of a river otter who seems to have moved in to the dwelling.

A regular deer hunter on the property got video footage and photographs of the otter, which has caused quite a stir locally. On Jan. 28 I posted the otter video (which is really quite charming) on the farm’s Facebook page and it has gotten nearly 12,000 views. We even had a guy show up at the farm asking to go see the otter.

According to the Ohio Department of Natural Resources, North American river otters are semi-aquatic mammals that were historically distributed throughout much of North America, including Ohio. They were extirpated from the state by the early 1900s. Starting in 1986, the Ohio Division of Wildlife released 123 otters in the Grand River, Killbuck Creek, Little Muskingum River, and Stillwater Creek watersheds — all in eastern Ohio. The otters had been captured in Arkansas and Louisiana using modern foothold traps and were released over the course of the next 7 years. Since then, river otter presence has been confirmed in 75 watersheds throughout the state and ODNR has documented otters in 83 of Ohio’s 88 counties. As recently as 2019, river otters had not been found in Hancock County, but that has changed as multiple otters have been sighted in different parts of the county this winter, including the one on our farm.

River otter populations remain most abundant near the original release site watersheds but have spread naturally throughout the state. According to ODNR, the spread of the river otter throughout Ohio is, in part, likely the result of improved aquatic habitats.

Otters are interesting critters for a number of reasons. They are certainly more charming than a muskrat, less destructive than beavers and vastly more pleasant than skunks or raccoons. They can definitely decimate a fish population with their ravenous appetites but, for whatever reason, people seem to really enjoy otters.

More importantly from an ecological standpoint, otters have long been regarded as important bellwethers of riparian habitat. Otters themselves are pretty tough, like a racoon or a muskrat, but the food sources otters depend upon for survival are more sensitive to environmental stress. Otters are apex aquatic predators that need a dependable supply of fish, crustaceans, invertebrates, birds, and amphibians that are only plentiful in areas with well cared for soil and water resources. Because of this, otters are among the first creatures to disappear in the absence of good soil and water quality.

In the decades since their reintroduction to Ohio, otters have naturally frolicked their way into Western Ohio and the heart of one of the nation’s most scrutinized agricultural watersheds. The otters have seemingly not been paying attention to the folks blasting farm practices for our water quality woes in recent years.

As the otter video from our farm took off in popularity in the weeks since I posted it, I also watched The New York Times (very-strongly-slanted-in-the-direction-opposite-reality) opinion video titled “Meet the people getting paid to kill our planet.” In case you were wondering, the title is referring to most of you reading this, AKA “Big Ag.” The video title is followed up with the subhead: “American agriculture is ravaging the air, soil and water. But a powerful lobby has cleverly concealed its damage.”

The NYT video repeatedly emphasized ways in which farmers are actively destroying the environment and the world. The video also claims these farmers’ destructive efforts are being facilitated by an all-powerful, untouchable farm lobby manipulating the politics of the situation. I have several immediate responses to the video. 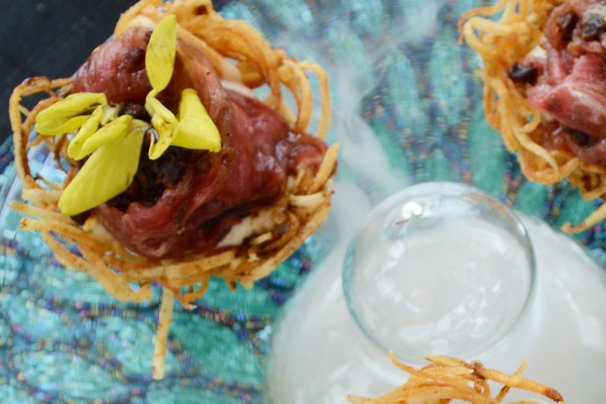 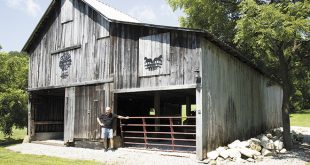 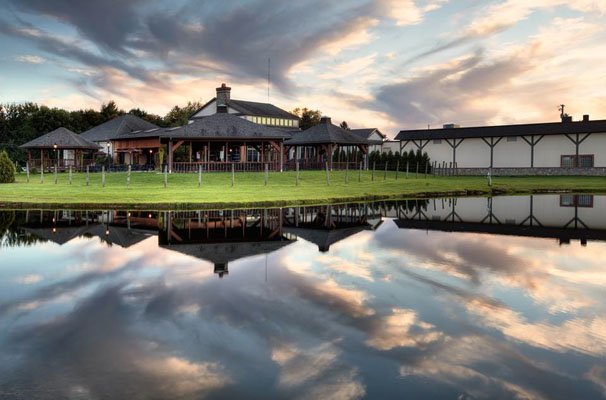