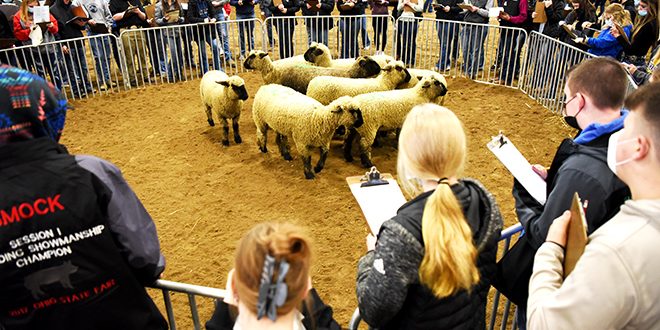 While last year Wilmington College was forced to go virtual with its annual Aggies’ Judging Contest, the student-run event was back in person at the Champion Expo Center in Springfield for its 64th year.

“We have freshman and sophomores working as volunteers and our juniors and seniors are all helping with the planning since the last time we had an in-person contest was March of 2020 and a couple of weeks later we were shut down,” said Carley Asher, Wilmington College student, Aggies president and coordinator of the event. “I was part of doing the virtual contest last year. We definitely found a learning curve getting it back in person, but we are super stoked to be back in person.”

The March 2 contest included general livestock, agronomy, equine, and dairy. As usual, it was great practice for FFA and 4-H members from multiple states to prepare for upcoming judging events. Around 1,600 students showed up for this year’s event.

“It’s impressive. I really like seeing this large of a contest. It is one of a kind. It is one of the few in this country that are run by students,” said Daryl Nash, Aggies advisor and Wilmington College faculty member. “It is a learning experience. It is put on by the Aggies Club, which is the largest student organization on Wilmington Campus. Quite a few of these students, when they were in high school, judged in this contest and they get to see this both as a contestant and then a few years later come back and organize it and run it. They students participating get the experience here before they go to the FFA judging contest.”

The contest takes extensive preparation, with Aggies members organizing the logistics, arranging for the animals to be there and promoting the event to participants.

“We start talking about the contest not too long after the contest is over with. It picks up in the fall. Towards the end of the fall semester and then the beginning of the spring semester it is pretty much all about the contest,” Nash said. “There is a lot of energy and excitement to get out here and be part of this contest. It is good to see. We had good weather this year and that is always a plus too.”

This year’s event had an element of sadness, however, with the loss of longtime Aggies advisor Harold Thirey in 2021. The event is now called the Wilmington College Aggies’ Judging Contest in Memory of Harold Thirey.

“Over the years, a big part of the contest was Harold Thirey. He served Wilmington College for 45 years,” Nash said. “Every year this was the happiest day of Harold’s year sitting where I am sitting in the crow’s nest and watching this contest. He loved this school and this contest dearly. We’re doing this contest now in his memory. Harold would be very happy with this.” 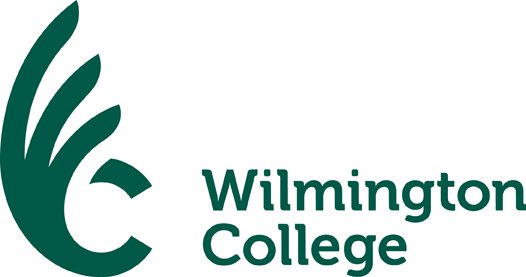 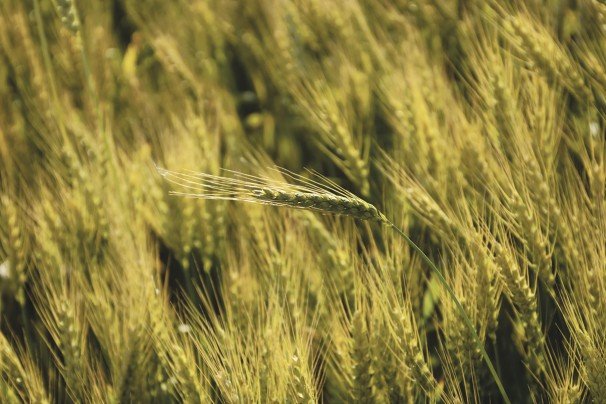 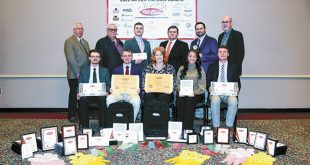 Ohio State hosts and wins the 2022 All East Livestock Contest