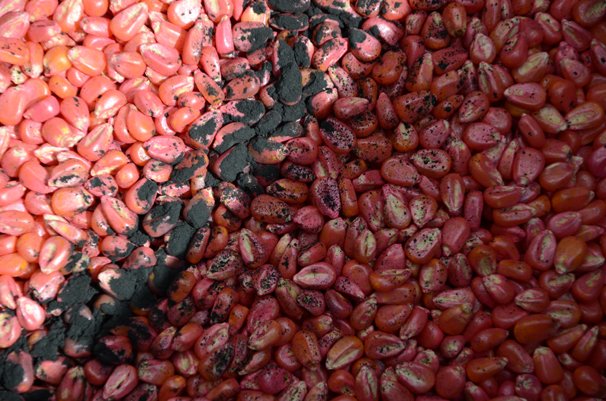 Imbibitional chilling — Is it a concern?

Warmer temperatures combined with the excitement (and need) to get crops in the ground triggered planting around the state last week (April 18 to April 24) or even before. With some warm days without much precipitation forecasted this week (April 25 to May 1), planting will continue. However, cold temperatures and precipitation after planting can cause imbibitional chilling, and this is something that we should certainly be aware of (watch for!).

Imbibitional chilling may occur in corn and soybean seeds if the soil temperature is below 50 degrees F when the seed imbibes (rapidly takes up water from the soil, usually within 24 hours after planting). Imbibitional chilling can cause reductions in stand and seedling vigor. If seeds were planted into soil with at least 50 degrees F of temperature and adequate moisture (at least 40-50% plant available water) for at least one day, the drop in temperature is not likely to lead to imbibitional chilling issues. Cold injury to seedings during emergence may still be a possibility, but until we know how cold the soil gets its unclear how severe that issue may be (if evident at all).

It is best to assess damage to seeds 48 to 96 hours after the drop in temperatures, as symptoms may take a few days to appear. Additionally, cold temperatures slow growing-degree-day (GDD) accumulation and may further delay crop emergence and establishment. Recent work in the literature suggests that 50% emergence can be expected following accumulation of 130-170 soil GDDs (using soil temperature to calculate GDD rather than air temperatures) from the time of planting, which may take 5-7 days to accumulate under normal weather conditions. Depending on the damage assessed during the field assessments, replanting options may need to be considered. Stay tuned to the OSU Extension CORN newsletter for replanting recommendations (if we need replanting recommendations this year, hopefully not!). 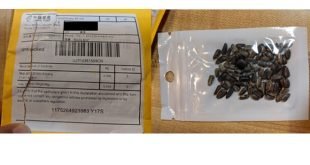 After increasing reports of Ohio citizens receiving packages of unsolicited seeds in the mail, the …