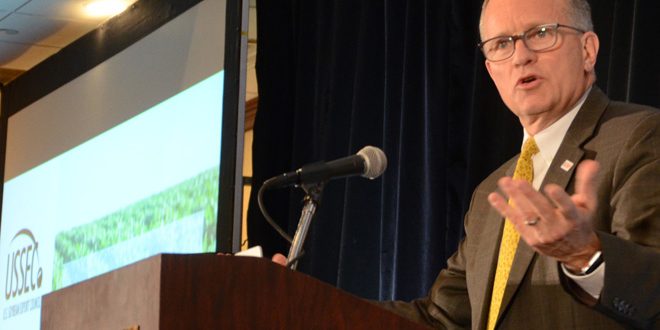 In 2021, soybean exports from the United States set new records.

“It is wonderful to see people around the world recognizing the value and reliability of U.S. Soy,” said Jim Sutter, U.S. Soybean Export Council CEO. 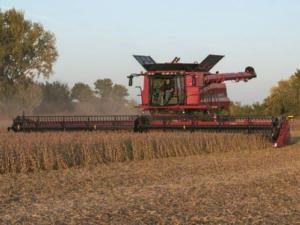 “We experienced very good global demand, and we had a record year last year for both soybean production and soy exports. This is exciting because we had a wide range of countries purchasing our soybeans. They did not all go to just one or two countries.”

Geographically, export growth is widely distributed around the globe, but China does play a large role.

“The distribution is spread out around the globe,” Sutter said. “China is a significant part of our exports, but people need to remember that China is a huge factor in the global soybean market. Of all the soybeans that leave one country and go to another, so of international trade, 60% end up in China. That is not the case for the United States as our share is not that large. This past year when we set a record in total, we did not set a record to China, but we set records in several other markets.”

“Market diversification is critical,” Sutter said. “A few years ago, when we had the trade war with China we got a wake-up call. We had been diversifying our markets prior to that, but not enough. Diversification was not a new concept for us. It just helped us focus our efforts to make sure we are diversifying and also focus on emerging markets. We think there is a lot of growth potential. They have relatively large populations, they have growing per capita consumption, economies that are increasing. Those are markets ripe for increasing demand.”

As those emerging markets and developing countries improve their standard of living and the citizens have more money, they want to improve their diets and eat more meat and use cooking oil. Soybeans can help fill both those desires. The bean meal is used to feed the livestock, poultry and fish that they consume, and soybean oil allows for a healthy cooking option.

Sustainability is an important factor in the story that the soybean industry is able to share.

A tool has been developed called the U.S. Soy Sustainability Assurance Protocol (SSAP).

“This tool allows an independent group to verify for international buyers that the soybean shipments they are purchasing meet their sustainability standards,” Sutter said.

The end consumers want to know how all aspects of the food they consume is being produced based on the multiple aspects of sustainability. This tool can verify that.