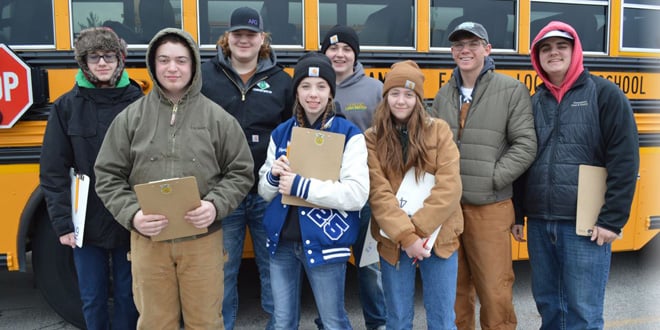 At the State Spring Career Development Event on March 26 at the Ohio Expo Center/State Fairgrounds in Columbus the Miami East-MVCTC FFA General Livestock Team consisted of Isaac Beal, Rhylee Eichhorn, Dustin Winner, Wyatt Black, Ethan Fine, Thomas Wallace, Elisabeth Norman, and Fletcher Harris. The team placed 4th and qualified for the state finals at the end of April. Isaac Beal placed first out of over 950 individuals in the preliminaries and will compete in the finals.