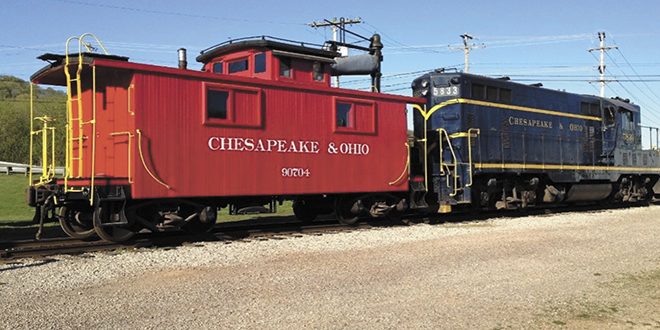 It is hard to overstate the enormous importance of the locomotive in the development of the American nation. Ever since the steam locomotive noisily announced its presence on the scene in the second half of the nineteenth century, the “steel highway” has played an integral role in United States economic, social, and industrial life.

Observing the advent of this modern marvel, American naturalist John Muir rightly observed that the locomotive “annihilated” time and space, creating an extreme increase in the speed of travel and commerce. A symbol of American industry, it fueled the Industrial Revolution and facilitated business and trade on a vast national scale. The railroads altered physical landscapes and stimulated urban development and contributed to the affordability of travel. The train was transformative; it inspired a new spirit and vigor in American society, as 19th century essayist Ralph Waldo Emerson noted when he said, “Railroad iron is a magician’s rod, in its power to evoke the sleeping energies of land and water.”

And certainly, the locomotive and railroad lore are a part of our collective cultural experience. Folk heroes like Casey Jones and John Henry were born out of the early American railroad frontier. There are countless “train songs” in American music, from the old Western tune “I’ve been working on the railroad,” to the country classic “City of New Orleans,” to Ozzy Osborne’s “Crazy train.” The train has also inspired a variety of well-known idioms and vernacular expressions. Everyone understands the importance of “letting off some steam” before you “blow your stack.” We hate to be “railroaded;” women should be wary of a man with a “one track mind;” and much conjecture has been made about “the end of the line.”

Throughout southern Ohio, there are scenic train rides paying homage to the trains and locomotive lines of yesteryear for history enthusiasts and train buffs alike. A ride through time on one of these expeditions illustrates the sentiment expressed by Agatha Christie, the famed mystery writer who set many of her tales on trains, who once wrote “Trains are wonderful…To travel by train is to see nature and human beings, towns and churches, and rivers, and in fact, to see life.”

In Nelsonville, travelers can embark on a rail trip on the Hocking Valley Scenic Railway. In operation since 1972, this business uses historic equipment dating from 1917 to the 1960s on a portion of a 145-year-old track that once linked southern Ohio to Lake Erie.

This section of railway was key to southern Ohio coal, salt, and brick industries in the 1800s, transporting their goods to far away markets. Known in the early 1900s as the “Buckeye Route” and “Columbus’ Railroad,” the rail line ran from Toledo/Lake Erie to the Ohio River towns of Pomeroy and Gallipolis.

Hocking Valley Scenic Railway offers volunteer-operated weekend train excursions of approximately 2 hours in length (with the exception of the 90-minute “Noon to Haydenville” trip) in climate-controlled cars throughout the year. There are a variety of special events and train rides over the course of the year as well, such as the Elegant Dinner Train, Hocking Valley Steam Train Special, the Starbrick BBQ and Brew Express, the Easter Bunny Train and Egg Hunt, Holiday Train Rides, and Ohio’s Friendliest Train Robbery, to name just a few of their options.

The train station sits in the heart of downtown Nelsonville at 33 East Canal St. Reservations can be made online or by calling 855-32-DEPOT. Booking and other information can be found on their website at hvsry.org. Hocking Valley Scenic Railway can also be reached via email at hvsr.nelsonville@gmail.com. Prices vary (from below $20 to over $75), depending on the type of train ride visitors take.

Situated in the backwoods of Perry County, visitors can take a ride on the Zanesville and Western Scenic Railroad. The Mt. Perry Scenic Train follows this historic rail line, also known as the “Glass Rock Spur,” which was used in the 1800s to transport coal, and more recently, to transport local silica sand to glass, brick, and pottery markets.

This volunteer-run scenic train ride lasts approximately 40 minutes and operates on Saturdays from July though October. There are also several special events offered by the folks at Mt. Perry Scenic Train. In honor of Ohio’s legendary Bigfoot species, the Grassman, there is a Grassman Days weekend event in the autumn. This event invites cryptid enthusiasts to come and share stories and hear presentations from writers and members of the Southeastern Ohio Bigfoot Investigation Society, while taking a scenic ride through the countryside. Other events include the Train Robbery Mystery, Hobo Camp Days, the Pumpkin Train, and a Santa Train in December.

For railfans who like to travel and dine in high style, the Cincinnati Dinner Train offers patrons a 3.5-hour train ride into downtown Cincinnati while enjoying a 4-course meal. The food is served fresh out of the oven, having been prepared in a classic kitchen car on the train. The rail cars are vintage 1940s dining and bar cars that are staffed by 1940s style servers, porters, engineers, and brakemen. Visitors themselves are encouraged to dress according to this theme, as well.

This adventure on the historic Indiana and Ohio Railway is not an outing to be taken with young children, or while in shorts and flip-flops, and compared to the other scenic railways featured here, is somewhat pricey. The cost is $95 per person, children under 12 are not permitted, and business casual attire is required.

The Cincinnati Dinner Train runs on Saturdays at 6 p.m. from March through December. More information and reservations can be found at cincinnatidinnertrain.com. They can also be reached via phone at 513-791-7245. The train excursion begins just north of the city at 2172 Seymour Ave. before chugging 12 miles down to the Ohio Riverfront and then making the return trip.

All three of these train excursions, with their varying visions and offerings, provide nostalgic evocations of times past and make for easy day trips into the villages, towns, and metropolises of southern Ohio hill country. Riding the rails presents travelers the chance to appreciate the beauty of the region’s countryside and cityscapes while reflecting on the state’s rich industrial and cultural history. All aboard!