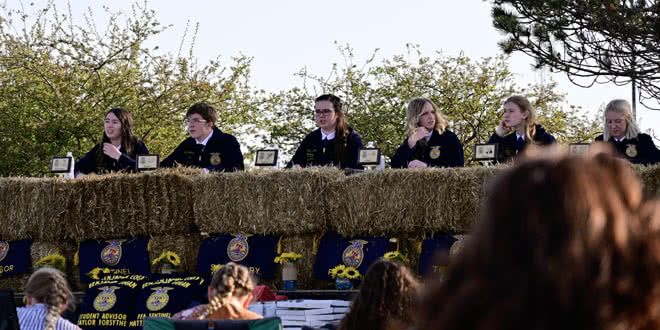 Benjamin Logan FFA held their 51th annual banquet on April 23, 2022.  We decided to continue with last year’s idea of holding an outdoor banquet. Benjamin Logan FFA was honored to recognize their members for all of their hard work and dedication to the organization while providing a meal from Where’s There Smoke and The Flying Pepper Food Trucks. Highlights of the banquet included senior and senior parent recognition as well as ….