Corn leaf diseases to watch for in 2022

By Dave Nanda, Ph.D. Director of Genetics for Seed Genetics Direct
It is almost impossible to develop resistance to all of the prevalent diseases while developing new varieties. The disease organisms are constantly changing and by the time breeders develop new varieties resistant to certain disease organism, the pathogens mutate and change. In order to maximize the potential yield of crops, farmers need to also protect them from diseases. Fungicides is one way to do so.

Depending on the spring weather and past experience, there are leaf diseases which might develop and dominate in July and August, most of the which are caused by the fungal organisms.

Northern corn leaf blight (NCLB) can get started from the residue of previous crops which may provide the initial inoculum and is further spread by airborne spores. It likes cool, wet and humid weather. NCLB produces long, cigar shaped lesions which are grayish to tan in color.

Southern corn leaf blight makes smaller elliptical lesions and can cause considerable damage in susceptible hybrids. However, it requires hotter weather than NCLB. Foliar fungicides can be effective in controlling both northern and southern leaf blights.

Gray leaf spot has established itself as one of the most important leaf diseases in the Corn Belt. It occurs on lower leaves at first but can spread to upper leaves quickly in hot and humid weather. These spots are rectangular and appear gray when mature.

Anthracnose leaf and stalk rot blight produce small, oval to elongated lesions that become brown and spindle shaped with yellow to reddish-brown borders. This pathogen can do well both in cool and warm, humid weather. This disease also causes stalk rot which can cause considerable damage in susceptible hybrids. Leaf blight phase of this disease is not as serious as the stalk rot phase.

Northern leaf spot is also favored by moderate temperatures and high relative humidity. Crop residue, husks and stalks of the previous crop can provide the initial infection and it is further spread by airborne spores.

Common rust is another disease favored by cooler temperatures. The disease makes a lot of small spots that look like rust. In severe cases, thousands of these spots can merge and kill the plants.

Southern rust on the other hand likes hot and humid weather and its spores are usually blown into the Corn Belt by winds from the south. It can spread fast unless checked by foliar fungicides.

Tar spot is a relatively new corn leaf disease that appeared in some fields in Illinois and Indiana over the last three years and is moving south and east. It produces small black spots that look like the spots produced on the cars from a newly paved road. It is caused by two fungi that affect the husk leaves and has caused substantial yield losses in tropical areas. Watch out for this pathogen!

The planting date and relative maturity of hybrids can also affect the development of certain diseases. Earlier maturity hybrids can sometimes escape diseases. Focus on protecting the leaves above the ears because the most yield is contributed by those leaves.

Most of the above diseases can be controlled by timely application of foliar fungicides. The ideal time to apply fungicides on corn is after all pollen-shed is complete and silks start to turn brown. The goal is to protect the leaves during the grain-fill period.

Fungicides don’t increase yield, but they can protect the yield potential of the crops in the presence of the fungal diseases, so plan on using foliar fungicides, if needed. Last year, fungicides that were applied on time certainly paid off.  Farmers in Ohio and central Indiana reported that foliar fungicides applied after pollinations were complete yielded 15 to 20 bushels per acre more as compared to when no fungicides were used.  Keep scouting, control diseases and win! 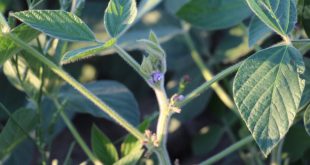 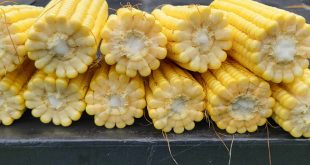 After President Biden met with his counterparts in Mexico and Canada, Secretary Tom Vilsack indicated …