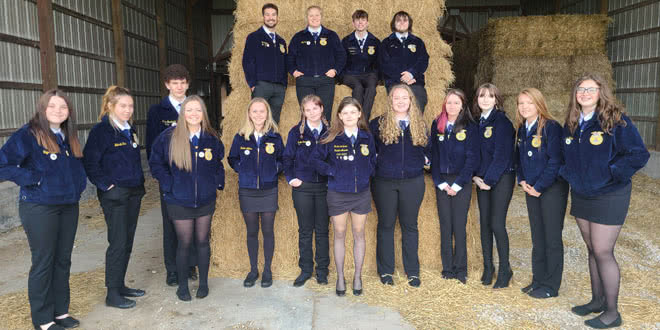 The Zane Trace FFA Chapter recently attended the Ohio FFA Convention in Columbus in which 12 members received awards and recognition for their work throughout the year.

The members who won their respective competitions will now advance to National FFA Competition. Finalists for the National FFA Convention will be announced in early August with judging to follow in the fall.

During their trip to the Convention the members toured the Ohio State Waterman Dairy Farm and Horticultural plots as well as the Stratford Ecological Center and Farm in Delaware. They were inspired by speakers and by the accomplishments of fellow FFA members from around Ohio. The chapter members returned with new excitement and enthusiasm for the future of the Zane Trace FFA Chapter.