Just after the noon report release, corn was down 10 cents, soybeans up 12-15 cents, and wheat  down 4 cents. Prior to the reports, corn was down 15-17 cents, soybeans down 13-20 cents, and wheat down 8 cents. Non-threatening Midwest weather along with disappointing weekly U.S. grain sales contributed to the price weakness for grains prior to the noon report release.

The USDA report day for today consists of two reports, 2022 US acres and June 1 U.S. grain stocks. This report day has been volatile in recent years. USDA will not publish supply and demand tables today. The next S/D report or WASDE, will be July 12.

There is a wide range in the trader estimates for U.S. soybean quarterly stocks, suggesting that soybean price activity moments after the report could change by dimes and perhaps in both directions as traders fully digest all of the numbers. Trader estimates for corn acres were above the March 31 Prospective Plantings Report. Trade estimates with that report for corn and soybeans were focused on significantly higher input prices. The acres report today will have a focus on planting conditions and weather this spring.

Egypt has been a big buyer of wheat this week as they purchased 815,000 tons, mostly from Europe. It was their largest single wheat purchase in 13 years as they secured wheat supplies which account for 3 months of usage. None was from the U.S. with 21% of the total from Russia. The average purchase price was $435 ton, down $45 from their last purchase on June 1. Egypt and other countries just a month ago had only locked in 25% of their wheat needs for the second half of 2022. It would appear other countries were active in securing wheat as Europe sold massive amounts of wheat to the world this last week according to our sources.

Grains the past two weeks have been lower as heat and the word “ridge,” have disappeared from forecasts. Forecasts earlier this week continued to indicate normal temperatures for the Midwest. Ohio corn and soybean planting progress was behind normal. Corn fields I see every day are equal to what is normally seen May 20-30. I know it hurts producers to say, “those are my fields,” when stands are considerably less than expected.

Today marks the end of the month as well as the end of the second quarter. Funds have sharply reduced previous long corn positions as they appear to have abandoned the prospects of a hot and dry summer for the U.S. Weekend rains across Iowa and Illinois have contributed to December CBOT corn sliding lower this week. Today at mid-morning December corn was $6.45 ½, last Friday it closed at $6.74. Just two week ago it was $7.31. November CBOT soybeans mid-morning were $14.69, just two weeks ago, $15.37 ½.

Note that with the July 4 holiday on Monday, grains will be closed Sunday p.m., Monday during the day, and Monday night. Grains will resume trading at 8:30 a.m. ET on Tuesday.

Over the next two weeks the Midwest will be mostly dry with rains expected in the U.S. northern Plains. Temperatures will turn warmer next week. Europe, Russia, and Ukraine remain dry. 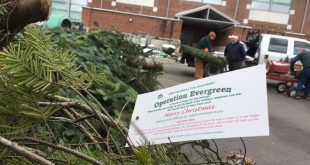