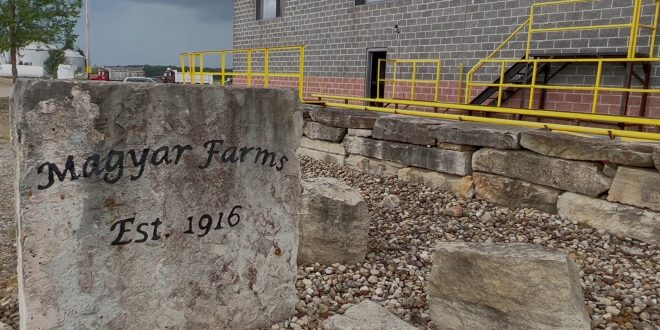 The Asian markets are half a world away from Ashtabula County, but the food grade soybeans grown in Northeast Ohio have a destination with anxious consumers waiting for them to arrive.  The issue causing the wait is not an agronomic production issue. It is a logistics and shipping issue.

“The companies that own the shipping containers which the soybeans are typically shipped in, want those containers back right away once the initial cargo is emptied, and they don’t want to let them go out to the farms or grain facilities to be re-loaded,” said Jeff Magyar, a farmer from Orwell, Ohio who currently serves as Chairman of the Ohio Soybean Council, and a food grade soybean grower. “All our soybeans are food grade beans for the Japanese Tofu market. Ohio, Indiana and Michigan have the best quality beans and the buyers want food grade beans specifically from this area. Those beans initially get packaged and delivered to the buyers in shipping containers. There are a lot of containers typically loaded at co-ops and other facilities in this area, so it is a huge issue not being able to get containers.”

The Magyar family has been farming in Ashtabula County since 1916 when Jeff’s grandfather immigrated to the area from Hungry. There are currently 5 generations on the farm. Magyar Farms uses conventional tillage to produce corn and food grade soybeans. “No-till typically does not work here because Fall is so wet and the fields get rutted up at harvest without an opportunity to repair them,” said Magyar. “We may try some strip-till in the future for corn production. We have tried cover crops in the past and are still learning. We have a field down the road that is wheat that was vetch three years ago that got away and is now a volunteer vetch problem in the wheat.”

In addition to raising their own crops, Magyar farms runs a receiving location for Centerra Cooperative for drying and receiving corn and soybeans.

Membership and involvement in commodity organizations is important to Magyar Farms. “I just entered my third elected term on the Ohio Soybean Council,” said Magyar. “Over the years, I have served in numerous leadership positions, including President, Vice President, Secretary and Treasurer. I also just started my second term on the United Soybean Board and also serve on the research committee.”

Return on Investment (ROI) is an important number to pay attention to when running a farm, and it is equally important to understand when promoting the work of a commodity organization. “Currently, the soybean checkoff provides a ROI of $14 return for every $1 invested,” said Magyar. “Projects like Airable Lab are great examples of leveraging the checkoff dollars for return. Products developed by the lab and licensed to companies include ROOF MAXX®, and just recently Biodegradable Bar and Chain Oil for DeWalt®. These products developed by Airable have taken off and are generating a return on the investment to the lab.”

Growing environments are unique across the state of Ohio, and Ashtabula County is no exception. “Our situation is a little different here. Our watershed is not as large as western Ohio. We have a lot of woodland buffers and grass waterways and tree barriers by streams, yet we have a dissolved phosphorus level similar to what is found in western Ohio,” said Magyar. “We naturally have many of the practices they are trying implement on the westerns side of the state, and yet we still have relatively high dissolved P levels.  That is something we need to pay attention to. We are not under the same public scrutiny as farmers to the west, but we need to pay attention to what is going on in the lake and do our part. We have several smaller inland lakes and bodies of water where we can see the impact. We are on the continental divide for rainfall, and our water either goes up to Lake Erie and over Niagara Falls, or it goes down to the Mississippi River and out to the Gulf of Mexico. 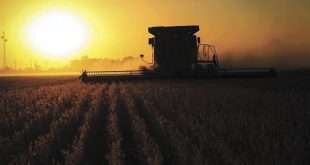 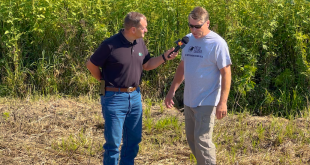 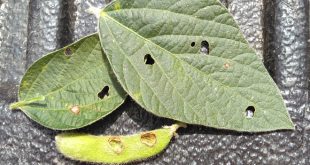