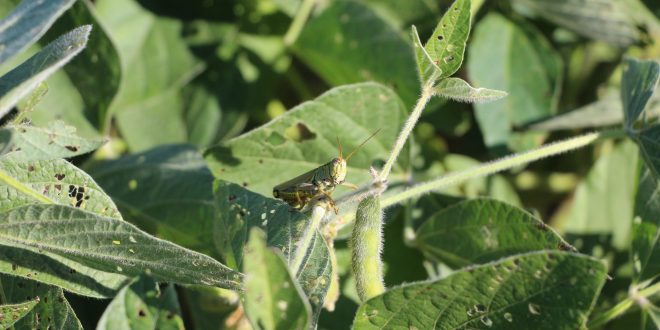 Starting in July and through August, a number of different insect species (such as beetles and various caterpillars) can feed on corn and soybean leaves.  Foliage feeding in corn is almost never economic, though economic damage from silk clipping by beetles is possible (though rare).  Consider a rescue treatment when silks are clipped to less than ½ inch and, fewer than 50% of the plants have been pollinated, and the beetles are still numerous and feeding in the field.

In soybean, while the defoliation damage from various species might look startling, it is rather rare that this reaches economic levels.  Soybeans are master compensators.  OSU agronomist Dr. Laura Lindsey reports that she has even weed-whacked large portions of soybean foliage and seen no difference in yield by the end of the season!  For defoliating insects in soybean, we usually use an overall defoliation measure as the threshold, regardless of what species is doing the feeding.  This helps account for situations where more than one species may be having its bite.

Entomologists have recently calculated new thresholds for soybean defoliation based on more modern crop values and input costs. A rescue treatment is advised when defoliation levels reach 30% in pre-bloom stages, 10% during pod development and fill, and 15% at R6 (full seed).  After R6, a spray will not pay.  These defoliation levels apply to the plant as a whole, not just certain leaves.  Damage is often worst at the top of the canopy but on closer examination most of the plant is relatively unharmed.  Make your decision based on the average condition of whole plants, not a scan of the top canopy.  Also, defoliation tends to be worse on field edges, so make your assessment based on the field as a whole, including interior.

A visual guide to defoliation is useful because it is very easy to over-estimate defoliation in soybean.  For more information, visit our new Soybean Defoliation scouting card at 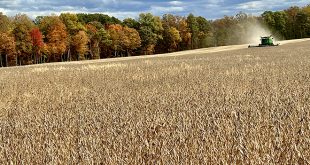 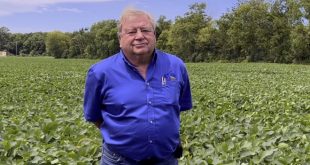 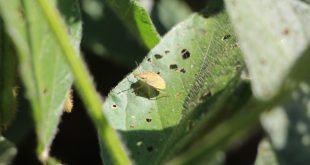