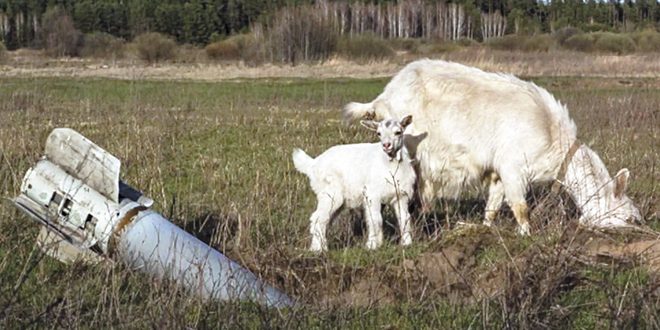 A grain export deal was finally signed by Ukraine, Turkey, Russia, and the United Nations (UN) on July 22 (USDA, Foreign Agricultural Service, Grain: World Markets and Trade, August 2022). With much media fanfare, the first shipment of Ukrainian corn left the Bosphorus strait headed for Lebanon on August 3 (Financial Times, August 3, 2022). The agreement, set to last for 120 days with potential for renewal, provides for the safe passage and inspection of grains from three Ukrainian ports on the Black Sea — Odesa, Chornomorsk, and Pyvdenny — shipments following a route to Turkish ports approved by the Russian navy, with an agreed 10 nautical mile buffer zone (Reuters, August 8, 2022). The movement of grain will be monitored from a center in Istanbul, and before their return to Ukraine, vessels will be jointly inspected by teams from Russia, Ukraine, Turkey, and the UN to ensure they carry no weapons (New York Times, August 1, 2022).

At the latest count, a total of 33 vessels carrying 719,549 tonnes of grain have left Ukraine, with a further 18 vessels either loading or waiting to leave port (Reuters, August 23, 2022). While the opening of Ukrainian grain export channels is an important step, it should be placed in perspective, Ukraine’s infrastructure minister Oleksander Kubrakov warning it will take months for its grain exports to reach pre-invasion levels (Financial Times, August 2, 2022). In August 2021, 194 grain-carrying vessels left Ukrainian ports, Odesa, Chornomorsk, and Pyvdenny handling about 60 percent of export shipments, and with 20-25 million tonnes of grain trapped in Ukraine, it will take 371 vessels averaging 67,000 deadweight tonnes just to clear the backlog (Financial Times, August 2, 2022), all in the context of grain storage space filling up with the current harvest of wheat and barley (Wall Stret Journal, August 2).

While the opening of a safe grain export passage is welcome, particularly for importers in the Middle East and Africa, as well as for the Ukrainian economy and its farmers, the rate of shipments is constrained by the continuing conflict affecting port infrastructure, the demining of both ports and shipping routes, and the high logistical costs associated with transport and insurance (USDA, Foreign Agricultural Service, Grain, World Markets and Trade, August 2022). The latter challenge is critical, with shipowners being understandably concerned about sending their vessels through mined shipping routes, all the time facing high cargo and war insurance costs (Bloomberg, August 6, 2022).

The shipping and insurance industry has made it very clear they want assurances of a secure journey to and from the Black Sea ports, with no threat of mines or attacks on their vessels and crews (Reuters, August 8, 2022). Even though major marine insurance brokers such as Marsh and Ascot are providing a coverage facility up to $50 million for shipments, premiums for vessels sailing into the Black Sea are currently set at 5 percent of the value of the vessel compared to 0.025 percent before the invasion (Reuters, August 23). On top of this, problems have already arisen with exports, the first cargo from Ukraine being refused by the Lebanese-based buyer on the grounds of poor-quality grain due to war-delayed shipment (Middle East Eye, August 8, 2022), a problem likely exacerbated by Ukrainian grain silos not being equipped with aeration systems for long-term storage (USDA, Foreign Agricultural Service, Grain, World Markets and Trade, August 2022).

Notwithstanding the small number of vessels departing Ukrainian ports, many analysts suggest this has already had a dampening effect on global grain and food prices. For example, wheat prices have returned to their pre-invasion level, although they remain 25% higher than they were a year ago (see figure, Bloomberg, August 17), and double the price it was five years ago (Wall Street Journal, August 2, 2022). Critically, global food prices declined by 11.5% in July, the largest fall since 2008, although still up 17% from a year earlier (Bloomberg, August 5, 2020; Wall Street Journal, August 5, 2020).

Of course, the Ukrainian grain export deal is only one of several factors leading to prices declining. For example, in the case of wheat, both production and exports from key suppliers such as Russia, Canada and the United States are currently forecast to be higher than expected earlier in the year (USDA, Foreign Agricultural Service, Grain, World Markets and Trade, August 2022). However, with lower grain prices US farmers face a double-edged sword here: although crop prices have roughly doubled over the past two years, there have also been substantial increases in farm input costs (Des Moines Register, August 18, 2022), with fertilizer prices increasing fourfold in the past two years (Iowa State University, June 2022).

On the other hand, falling food prices is positive news on the consumption side, especially for those facing threats to their food security, although relief for importing countries will not be immediate with 50 million people in 45 countries currently facing famine according to World Food Program Chief David Beasley (Los Angeles Times, August 8, 2020). However, beyond the impact of the Russian invasion of Ukraine, food prices are likely to remain volatile in the face of global weather events affecting production of key staples. For example, India, the world’s largest rice exporter has seen a significant reduction in area planted due to lack of rainfall this season (Bloomberg, August 2, 2020), while dry weather conditions are affecting food production across the Northern Hemisphere from China through the United States, to Spain, Portugal, France, and Italy, the latter countries facing their worst drought in 500 years (Wall Street Journal, August 21, 2022). In the case of China, the impact of drought could lead them to import more corn from the United States and Brazil (Wall Street Journal, August 17, 2020), with the potential for spillover effects on the world price. The bottom line is that the price relief due to freed up Ukrainian grain is not a silver bullet in terms of global food security, global weather conditions also being a critical factor in driving production levels and prices.

The Russian invasion of Ukraine has passed the six-month mark and there is no clear end in sight. The war and other factors continue to impact commodity markets. Grain prices have seen their share of price swings recently. While the rate of increase in fertilizer prices has slowed, they remain high. In addition to fertilizer, we can expect most other inputs will continue to see an increase in their price.

Planning and analysis are always important, but with so many unknowns, these become even more critical. A critical analysis of business performance and enterprise analysis can help identify profit centers and those areas that are less profitable. The OSU Extension Ohio Farm Business Analysis and Benchmarking Program provides farmers the opportunity to do in-depth analysis and evaluation. Additional information about the program is available here:

Developing a budget for the crops and livestock you raise is of great importance, especially with so many factors impacting agriculture. OSU Extension Enterprise Budgets are available here: https://farmoffice.osu.edu/farm-management/enterprise-budgets#2022. Look for 2023 crop enterprise budgets to be released at the Farm Science Review. These Excel spreadsheets allow you to use projected income and expenses for your farm to assist in planning.

We encourage you to talk to your Extension Educator, lender, input suppliers, and other trusted advisors that can help you navigate. If you haven’t done so, now may be an excellent time to assemble a farm advisory team. This team meets periodically throughout the year to assist with goal setting, monitoring production and financial performance, and providing recommendations to help you succeed.