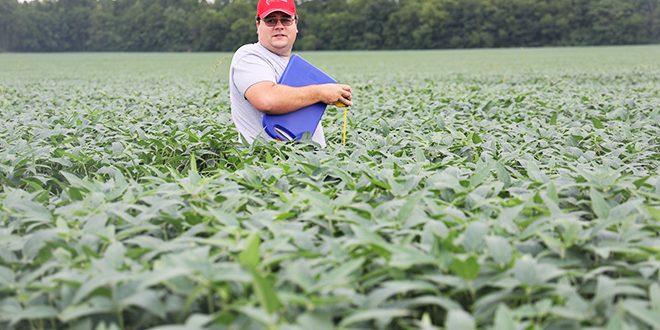 At least on some farms, there has been a strategy shift in recent years prioritizing planting soybeans first. Will 2022’s statewide narrow planting windows showcase the value of this plan?

“The early planted beans look good and the later beans are just so-so. There has been more of a push lately to plant your soybeans first, or at least earlier. This year may be an example of that working out,” said Grant Davis, Agriculture and Natural Resources Educator with Ohio State University Extension in Champaign County. “A lot of this later planted corn looks pretty good where the later planted beans don’t necessarily. I think there may be greater upside potential for planting beans earlier if you get the opportunity and maybe, if it comes down to it, push the corn back if you have to. There seems to be less of a penalty for doing that than there is for beans this year.”

In many cases, the way the weather has played out this year has favored those early planted soybeans while the heat and rains have worked well for corn planted a bit later than would be preferred. The rainfall moving forward will still make a difference, especially in the latest planted soybeans, and ultimately the yield monitors will tell the tale.

Overall, though, despite a very challenging planting season in general, corn and soybeans both seem to be doing fairly well throughout Champaign County.

“The corn looks better than I expected. I checked two fields yesterday. They were both pretty decent. Mechanicsburg on the east side had some disease pressure with GLS and NCLB and the grower did spray that about a week ago. Hopefully that will keep it rocking and rolling. That field was planted in mid-May,” Davis said. “A field in Rosewood on the western side of the county was planted April 29, which was a bit of a surprise. The western side of the county had some problems early on finding planting windows. That field was looking decent, but maybe not quite as uniform as the field on the eastern side of the county. The population was lower and the ear size was more variable. That yield estimate was lower but still ended up being pretty good. There was also some wind damage here from a storm in the middle of June. It had recovered, but there were still some plants leaning, which may be an annoyance for the combine operator. I don’t think it will result in much yield loss.

“Soybeans, again, are better than expected. We had a wet stretch in mid- to late-May. There were quite a few soybeans planted in June into mid-June. Some of those are struggling, but with the rains we have gotten they have started to really come on. Those later 15-inch row beans are getting the rows closed now. There is a wide variation in beans as well. We need to keep getting the rains to get this crop finished out.”

A common theme for much of Ohio also showed up in Champaign County, quite a bit of fungicide applied, but fairly low disease and insect pressure.

“There is an airport in Urbana used by the aerial applicators and it has been used quite a bit. In west central Ohio it does seem like there was a good amount of fungicide put on. There are a lot of people pretty nervous about the potential for tar spot. I have heard of some potential problems that have not materialized to actually be tar spot. I think that has everyone on edge. Things have turned out pretty decent and they are trying to hold on to whatever bushels they have managed to grow here with fungicide applications,” Davis said. 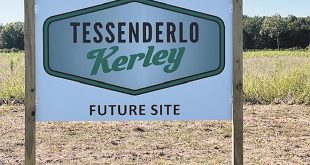