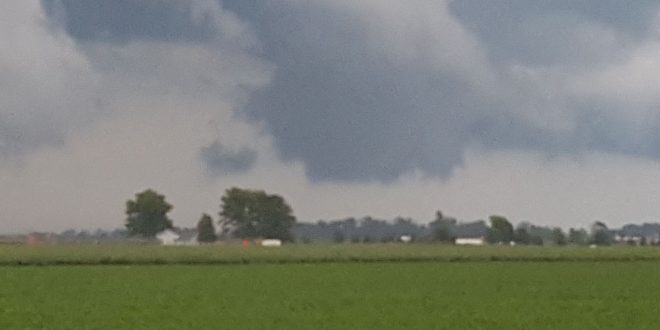 Weather is always hard to predict. The weatherman can be right less than 50% of the time, and still keep their job! However, with the weather, it is somewhat cyclical. Solar flares, sunspots, and the La Niña/El Niño phenomenon are a little more predictable and may give an indication of future weather patterns. Several cycles are coming together that farmers need to watch.

The 1930s was a turbulent decade for the U.S., leading to drought and a Depression in the economy. The 1930s was a 10-year drought, made worse scientist think by excess tillage of the prairies. Is it possible that we could repeat history with another long-term drought? Maybe? However, understanding some regular weather cycles that tend repeat themselves may allow farmers to be a little more prepared for what may or may not happen.

This current cycle was expected by scientists to be rather weak, however, now some scientists say it could be one of the most active since people started recording solar flares in the 1700s. The last solar flare reached its maximum in 2013-2014. It was rather muted and most scientists expected this next cycle to also be muted. However, with the next maximum at least 1 to 2 years away, this cycle is already exceeding its expected solar flare activity and may be one of the more intense periods since sun record keeping began. That could spell trouble for not only satellite communications and electronics, but also for weather impacts for next several years, until the cycle reaches it maximum and starts to decline. Nothing is certain so keep an eye on this phenomenon.

Many farmers closely watch the La Niña/El Niña weather pattern. La Niña refers to the periodic cooling of ocean surface temperatures in the central and east-central equatorial Pacific. La Niña represents the cool phase of the El Niño/Southern Oscillation (ENSO) cycle. La Niña weather in the winter have a wave-like jet stream flow across the U.S./Canada, which causes colder and stormier weather in the North and warmer and fewer storms in the South. In our area, falls tend to be warmer and drier than normal and winters wetter than normal. Currently, La Niña is expected to continue, with chances for La Niña gradually decreasing from 86% in the coming season to 60% during December-February 2022-23.

El Niño and La Niña episodes typically occur every 3 to 5 years. El Niño typically lasts 9 to 12 months while La Niña typically lasts 1 to 3 years. They both tend to develop during March-June, reaching peak intensity during December-April, and then weakening during May-July. However, prolonged El Niño episodes have lasted 2 years and even as long as 3 to 4 years. This current La Niña is entering its third year, which is rather rare, and it was one of the strongest events on record. Strong La Niña’s often are followed by stronger than normal El Niño’s with the possibility of more intense droughts.

The term El Niño (Spanish for “the Christ Child”) refers to a warming of the ocean surface, or above-average sea surface temperatures, in the central and eastern tropical Pacific Ocean. El Niños are associated with global disruptions in weather and often droughts and even famine worldwide. Weather typically differs from north to south, with the north being drier and the south being wetter but each El Niño varies from region to region and event to event.

Its quite possible all these events are related but scientist need more information. Currently China, U.S. western states, and Europe are experiencing severe droughts. Solar flares and sun spots are natural phenomenon that cannot be controlled. Earth has been warming for 128,000 years when the glaciers started melting. Our climate is always changing and sometimes the weather can be severe for a period of time. Usually though, the weather pendulum swings back and the weather changes in the opposite direction. Most of us are just along for the ride. 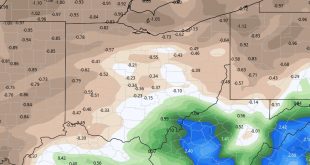