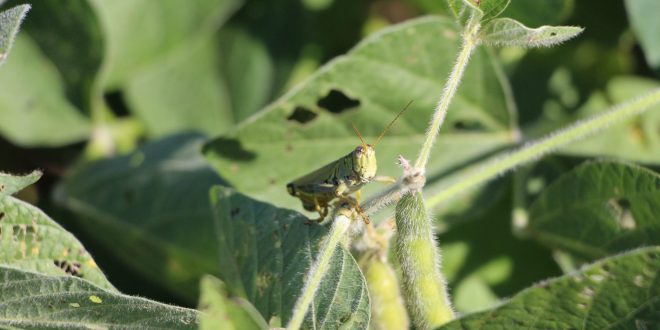 It has been another year to pay attention to insects in the field crops.

“After a bit of a dry start to the season and stressed soybeans, we were fortunate to not see much insect pressure early on,” said Andy Michel, Ohio State University Professor of Entomology, and Insect Field Crop Specialist for OSU Extension. “It wasn’t until mid to late July when we started to see the insects move into the soybean fields. Historically June and July is when we would expect to see soybean aphids. In recent years it has become more of a late season past. Now July is the time we start to scout for stink bugs.”

Stink bugs cause damage by feeding on the pods and developing beans.

“Stink bugs have become more of a major pest to soybeans in Ohio,” Michel said. “Stink bugs move into the fields in mid-July when the soybeans are at the reproductive flowering stages, and they time the egg hatch during the reproductive stage to feed on the developing pods. It is this early feeding that can cause some real damage.”

In conjunction with Kelley Tilmon, Insect Field Crop Specialist for OSU Extension, and with funding from the Ohio Soybean Council and check-off, a monitoring program has been established, and several stinkbug resources have been developed and distributed to growers.

“There are 3 to 4 species of stink bugs that are commonly found in Ohio’s fields. The treatment thresholds are based on the number of stinkbugs found,” Michel said.

The overwintering abilities of stink bugs vary by type.

“We are all familiar with the brown marmorated stink bug, which tries to get into our homes in the fall and winter. These will overwinter in protected spaces in Ohio,” Michel said. “Some of the other types, like the green stink bug and brown stink bug will overwinter in the south and then migrate north in the late spring and summer. By monitoring their movement, we have an idea of what the pressure will be like each year.”

It should be noted that there are also some stink bugs that are considered beneficial insects that feed on other pests. Defoliators are another major insect issue for soybeans.

“In the past we have seen a lot of bean leaf beetle defoliation, but more recently and especially this year we are seeing more defoliation from grasshopper feeding,” Michel said. “These are typically edge of field feeding insects. The good news is that a soybean plant can withstand a good amount of feeding damage and still be able to capture sunlight with the leaves lower in the canopy. The amount of sun the soybean plant is able to capture is more critical than the level of upper canopy leaf defoliation.”

There are new tools available to help farmers evaluate their fields.

“The past year, with funding from USDA and the Soybean Council, we have developed soybean defoliation tools that are 3D printed,” Michel said. “Farmers often overestimate the level of defoliation in a field. This tool is a series of 3D leaves with different levels of defoliation that a farmer can use to compare to the upper leaves in their field. We recommend taking a soybean tri-foliate (three leaves) and toss out the one with the most feeding and least feeding and then evaluate the middle feeding level across the field.”

Defoliation is also evaluated based on the growth stage of the crop.

“There are different thresholds of defoliation based on the growth stage of the soybean,” Michel said. “From V1-R2 you can go up to 30% defoliation without needing a treatment. From R1-R5 is the most critical stage of development for the crop and we lower the threshold to 10% defoliation. That is because we are trying to capture the sunlight and put the energy into the bean. Above the R6 growth stage the threshold is 15% defoliation. These estimates are based on an average across the entire plant and field.” 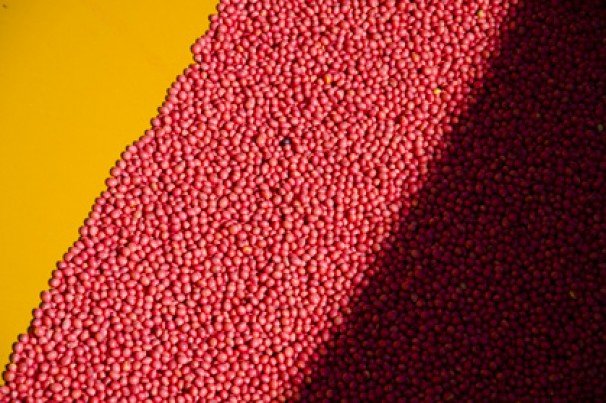 Check-off dollars and the next generation — GrowNextGen

By Dusty Sonnenberg, CCA, Field Leader, a project of the Ohio Soybean Council and soybean …