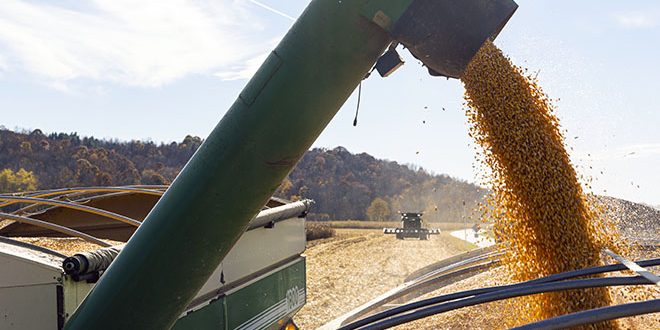 Many producers in Ohio experienced a unique set of challenges in 2022 including: delayed planting, poor emergence, drought and water stress, disease, stalk rots, and ear molds to name a few. It is important for every grower to reflect on factors impacting their crop. These issues that hindered top end performance this year can be used for learning lessons for future growing seasons.

Planting for success starts with good, uniform soil moisture and temperature, seed-to-soil contact, and accurate delivery of seed from the planter to the soil. Most growers across the state did not have all three critical components. Weather was less than favorable in the early going resulting in later planting dates. Later planting dates, such as June planted corn, have a decreased window to capture sunlight and create energy and thereby places more emphasis on growth as compared to maintenance of the corn crop. When June and July delivered exceptionally dry conditions for certain regions in the state, corn started to conserve water and began showing stress. The stress corn plants encountered pre-tassel can tell much of the story of what we are seeing during harvest.

Disease was minimal through the midway point of the season, but when we finally started receiving rainfall and humidity in August, it set us up to have a conducive environment. That conducive environment enabled gray leaf spot (GLS) to show up. A few short weeks later, tar spot started creeping in when the humidity dropped off in late August to early September. Then, in late September, northern corn leaf blight (NCLB) made an appearance to help complete a trifecta of the most prominent diseases we see in Ohio corn fields. When you couple this late planting date for corn and potential lack of nitrogen up-take during the early season drought stress with these leaf diseases, it is a perfect set-up to begin seeing compromised stalks as plants begin to cannibalize themselves.

Compromised stalks were witnessed from north to south in Ohio this year. Many of the cases boiled down to three issues which were: Anthracnose top dieback, Physoderma stalk rot, and crown rot/Fusarium. In many cases all three of these issues can be traced back to soil borne pathogens that infected the corn crop early. Early season rains splashed infected soil particles into the whorl of young corn plants and the disease showed up later in the growing season when the crop has a compromised immune system, due to the early season drought stress and disease that the crop is trying to fight off. Keeping the corn well-fed with nitrogen, relieving stress via fungicides, and variety selection are all factors to help reduce the likelihood of seeing stalk rots. Much like stalk rots, ear mold infections are unanticipated factors that come with growing corn. The late season rains paired with foggy mornings created another less than ideal host environment for ear molds.

Ear molds began showing up around mid-September because of lower evening temperatures, foggy mornings, tight husks on plants, late planting date, and slow dry down. The three most common this year were Penicillium, which causes blue-green mold near the tip of ears; Diplopia, which creates white mold starting at the base of ears working its way to the tip; and Gibberella which is pink-white mold starting at the tip of ears and is the main driver for vomitoxin in corn. Ear molds can be caused from bird/insect damage and soil borne pathogens. Deep tillage to break up residue and variety selection can help reduce this problem in 2023.

It was a year of many challenges in 2022, and it will be a crop year that most will be happy to be done with. As you think about plans for next year, please keep in mind your specific challenges over the past few months and what you may do differently to help mitigate some of them. 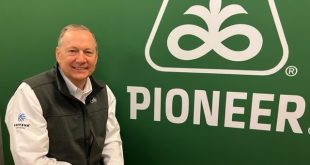