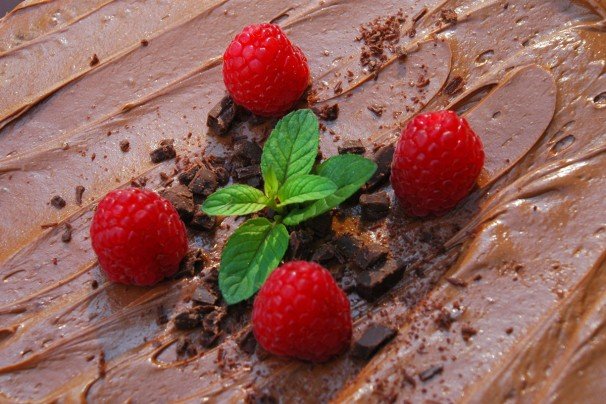 Chocoholics may be at risk

If you are like me, your consumption of chocolates goes up maybe 200% during the Christmas season. Truffles, Marie’s (a local favorite of mine, if you’re still in the gift-giving mood), Ghirardelli’s, chocolate turtles, chocolate drops, white chocolate, Belgium chocolates — how many more of them can I name?

But other than putting on a few pounds or messing up my complexion, why worry?

Here’s why (at the risk of bringing you down from your chocolate high): Chocolates contain relatively high levels of toxic heavy metals. Especially worrisome are cadmium and lead. Consumer Reports found that 23 of the 28 brands of dark chocolate candy bars they tested contained levels of cadmium and lead considered toxic to humans.

Brands checked included Dove, Ghirardelli, and lesser-known labels such as Alter Eco and Mast. Milk chocolates also have a heavy metal contamination issue, though not quite as high.

At the same time, chocolate contains health-promoting flavanols, molecules that accumulate in the skin and leaves of many plants, such as fruits and vegetables. Flavanols do good things like promote the human immune response and reduce cancer risk.

A daily bar of chocolate from the brands I mentioned can put you above the safe dietary level of lead and cadmium established for adults. Lead is especially more worrisome for children who are vulnerable to developmental problems, impaired brain function, lower IQ scores and other issues. Lead exposure in adults can lead to neurological problems, hypertension and an impaired immune system.

Because of these effects, lead has been banned in paint and plumbing since 1996. You’ve likely heard about the health scandal in Flint, Mich., caused when the city in 2014, as a cost-saving measure, began using the Flint River as its water source, ending the practice of buying pre-treated Lake Huron water from Detroit. This switch led to dangerous, elevated levels of lead in the blood of Flint children.

Compounding the water source issue was the old lead-containing plumbing all over the city which had not been replaced even when the issues with lead toxicity in children had been reported years earlier. After this discovery, for several years, the city had to provide bottled water for children and adults while a solution was sought for the lead toxicity. The old system water supply could be used for showers but not consumed. Don’t forget that lead-containing gasoline was used by everyone with a vehicle until it was finally banned in 1996.

While chocolate candy was the focus of the Consumer Reports test, heavy metals may also lurk in products such as hot chocolate, brownies, ice cream and cake mixes. Chocolate is contaminated when the outside shell of cocoa beans is exposed to lead-contaminated soil and dust during harvesting and processing. There are obvious methods to prevent this kind of lead contamination.

Solving the problem of cadmium contamination isn’t so easy, however. Cadmium is commonly found in soil and is incorporated into the cacao or cocoa bean during the growing season. Cocoa solids, the key ingredient of chocolate, is where this heavy metal hides.

Strategies being considered to lessen cadmium contamination include breeding cocoa plants that absorb less cadmium and replacing older cocoa trees with young trees that haven’t yet taken up cadmium. These solutions, though, are pricey and would take years to fully implement.

Before you get your knickers twisted into a wad, don’t forget that heavy metal contamination has also been reported as problematic in organic and conventionally produced sweet potatoes, potatoes, carrots and spinach.

My advice is to eat a wide variety of foods and to avoid daily consumption of dark and light chocolate. And thanks to my commendable level of self-control, I ate only one small packet of M&M’s while wailing away on this commentary.

For more on this issue, see https://www.everydayhealth.com/news/.