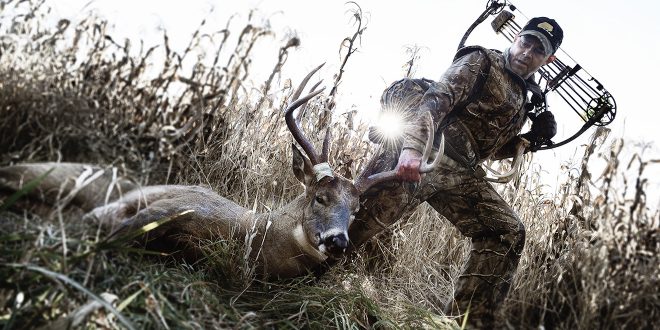 One of my favorite conservation programs got a financial boost recently. The Ohio Department of Natural Resources (ODNR) Division of Wildlife contributed $25,000 in a grant to Farmers and Hunters Feeding the Hungry (FHFH) to support local food banks with donated venison. The organization will use the funding to pay for white-tailed deer harvested by hunters to be processed and distributed to charitable organizations in Ohio. Additional funding will be secured by the organization with a goal to match or exceed the amount provided by the grant.

FHFH, assisted by the Division of Wildlife’s grant, covers the processing cost for deer donated by hunters for the program. FHFH expects to pay the processing cost for 350 deer with the grant each of which yields approximately 50 pounds of venison and 200 meals. Hunters who harvest a deer and would like to donate the venison can bring it to one of approximately 30 certified deer processing shops in Ohio, which will process the deer and donate it to a verified charitable organization that offers food assistance for underprivileged individuals and families.

The program encourages the harvest of deer for the purpose of wildlife management in Ohio, as

well as provide for the wise and charitable use of the wildlife resource for direct public benefit.

Hunters can find a list of processors participating in the FHFH program at feedingthehungry.org.

Hunters wishing to donate their deer are not required to pay for the processing of the venison,

provided the program has available funds.

Results from 2022 Lake Erie hatch surveys showed western basin walleye, central basin walleye, and western basin yellow perch hatches were above average, while central basin yellow perch hatches continue to be well below average, according to the ODNR. The findings are consistent with the recent trend of highly successful hatches for both yellow perch and walleye in Lake Erie’s shallowest and warmest basin and strengthen the extremely positive long-term outlook for anglers.

Division of Wildlife survey results are combined with the Ontario Ministry of Natural Resources and Forestry surveys to configure a basin-wide hatch index. The 2022 western basin walleye hatch was 83 fish per hectare (a hectare is 2.47 times larger than an acre), the ninth largest in the survey’s 35-year history and well above the average of 55.

In the central basin, walleye production continued a trend of above average hatches with survey results of 14 young-of-year walleye per hectare, well above the average of 6 per hectare. This was the seventh highest of 33 survey years.

For yellow perch, the central basin is split into two management zones, the central zone (Huron to Fairport Harbor) and the east zone (Fairport Harbor to Conneaut). Results showed below average yellow perch hatches in each, with an index of 3 young-of-year perch per hectare in the central zone, below the average of 39. Similar results were found in the east zone, with an index of 3 per hectare, below the average of 38.

Conditions did not favor the survival of newly hatched yellow perch in the central basin during 2022. Variability in regional hatch success is expected on Lake Erie because of the size of the lake, differences among basins, and prevailing weather conditions. Hatch success is largely determined by the timing and availability of favorable conditions for both spawning and survival of newly hatched yellow perch in the spring and summer. Strong lake-wide yellow perch hatches are rare. It is common to observe poor hatches in the central and east zones when those in the west zone are good, which is what has been observed for several consecutive years. When conditions favor the central basin, the pattern is anticipated to reverse. Long-term data support these observations.

“Lake Erie yellow perch are surveyed and managed as regional populations within management zones. Our surveys during the past few years have shown a marked difference in the yellow perch hatch when comparing the west, central, and east zones,” said Travis Hartman, the Division of Wildlife’s Lake Erie Fisheries Program Administrator. “The Division of Wildlife uses these zones to monitor perch hatches and, by comparing results to previous years, determine safe harvest levels.”

The Division of Wildlife completes western basin surveys in August. Those results are combined with the Ontario Ministry of Natural Resources and Forestry survey results. Additionally, central basin trawls completed by the Division of Wildlife from Lorain to Ashtabula in September and October are used in population models for characterizing regional yellow perch hatches.

Survey results are used in conjunction with results from the other Lake Erie Committee agencies to determine hatch success in each management zone. This information allows biologists to better estimate how many young fish will enter the catchable population two years later, which is one factor used to determine safe harvest levels each year.

By Dan Armitage, host of Buckeye Sportsman, Ohio’s longest running outdoor radio show  If you were …