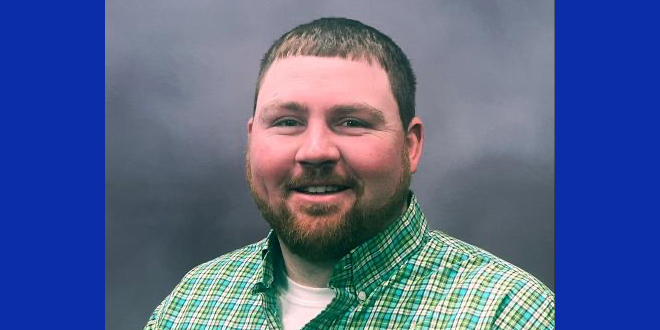 Livestock judging involves evaluating market or breeding beef cattle, sheep, goats and swine against a set of commonly accepted criteria for an ideal animal (placing) and then defending those evaluations to a panel of judges (oral reasons). As did Ebert, many young people begin judging as part of 4-H and FFA activities and seek to continue judging at the college level.

Ebert was successful enough in 4-H and FFA to garner a scholarship from Casper College in Wyoming. After earning an associate degree in animal science from Casper, he went on to earn a bachelor’s degree from Colorado State University, where he also participated in livestock judging, succeeding in placings and reasons on the national level. Ebert now frequently serves as swine judge on the state and national level.

In addition to coaching, one of Ebert’s responsibilities will be to develop a new course in livestock marketing and sales.

“The skills developed by evaluating livestock – whether as part of course or a judging competition — are used almost daily in every aspect of animal agriculture,” Ebert said. “I not only want to make a competitive livestock judging program here at ATI but want to develop well-rounded stockmen and stockwomen that can go out and succeed in the livestock industry.”

Ohio State ATI expects to first livestock judging team ready for competition in the fall of 2023, fielding both a first-year and sophomore team.