Be on the lookout for stalk rots 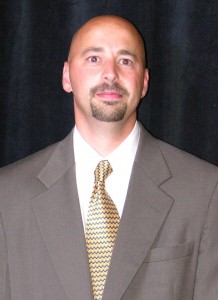 Thanks to the ever-challenging growing environment in the Eastern Corn Belt in 2011, many fields are beginning to show symptoms of stalk rots. Pollination and grain fill puts a tremendous demand on the corn plant. Fields that have been put under a number of stresses are having a hard time keeping up with the photosynthetic demands of the ear. Plants that are unable to keep up with the demand will resort to pulling stored carbohydrates from the stalks and roots and moving it to the developing ears. The reallocation of carbohydrates is the driving factor to stalk rots moving into many corn fields.

END_OF_DOCUMENT_TOKEN_TO_BE_REPLACED

The next stop on OEFFA’s 2011 farm tour  series will be in Wooster, Ohio (Wayne Co.) at Local Roots Market and South Market Bistro on Saturday, October 1 from 9 a.m. – 3 p.m.

Join market manager Jessica Eikleberry for a tour of Local Roots Market, a year-round local food market that innovatively connects consumers with producers. All products at Local Roots Market are produced in Ohio and sold on consignment with 90 percent of the  sales going to the producer. Expect to see fresh produce, baked goods, frozen meats, dairy, grains, and much more from over 100 local producers!

Then, join the tour group  for an afternoon treat at South Market Bistro, where special arrangements have been made for tour participants. The bistro sources Local Roots Market products for their menu, showcasing locally-grown ingredients.

This tour is free and open to the  public. No registration is necessary.

For a complete description of the farm tour, including directions and a map, go to www.oeffa.org/farmtour/… Continue reading

END_OF_DOCUMENT_TOKEN_TO_BE_REPLACED

Recently, in a crop-scouting trip, I noticed several dropped ears in a cornfield. Ear droppage does not usually occur so early in the season. So, what could be reasons for early ear droppage?

• There are several reasons for ear droppage in corn. Ear droppage may be caused by both genetic and environmental reasons. Corn breeders try to select against the experimental hybrids with a tendency to drop ears in order to eliminate the genetic component.

• Severe heat and drought stress, as we experienced this summer can lead to ear-droppage. Stress may affect the proper development of the shank (the small stem which attaches the ear to the stalk) attachment to the ears resulting in ear droppage.

• European corn borer in conventional hybrids can cause ear droppage. Larvae of the second brood of borer can tunnel into the shank and weaken the attachment of the ears to the shank.  … Continue reading

END_OF_DOCUMENT_TOKEN_TO_BE_REPLACED

As students head back to school, they may be eating more fresh Ohio foods in their school lunch, breakfast and snack programs. The Ohio State University Extension program in the College of Food, Agricultural, and Environmental Sciences will now provide leadership for the statewide Farm to School program, tapping into the strength of state, county, regional and national networks. The program was formerly administered through the Ohio Department of Agriculture.

Ohio’s Farm to School program provides youth, pre-K through college, with access to nutritious food while supporting local farmers and communities. This program not only provides young people with fresh, local food, but also helps them understand where their food comes from and how food choices affect their health, environment and community.

END_OF_DOCUMENT_TOKEN_TO_BE_REPLACED

Management Skills For Organic Small Ruminants Workshop  is scheduled at October 14, 2011 from 1 to 5 p.m. at Ohio Agriculture Research and Development Center in Wooster, Ohio.   Sheep and goat producers who are certificated organic, in transition to being organic or just interested in organic methods will benefit from attending this event.

END_OF_DOCUMENT_TOKEN_TO_BE_REPLACED 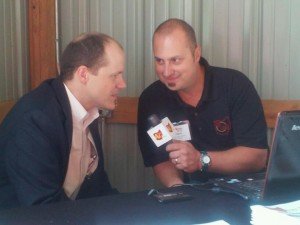 END_OF_DOCUMENT_TOKEN_TO_BE_REPLACED

Ohioans are playing a major role in the farm bill debate

Anthony Bush, Vice President of the Ohio Corn and Wheat Growers Association (OCWGA), is currently serving as the Chairmen of the NCGA Public Policy Action Team that has spearheaded a national effort to shape the next farm bill. We recently had the chance to talk with him on the subject. The complete Q&A will be featured in the October issue of Ohio’s Country Journal.

OCJ: The OCWGA made quit a stir at the last Commodity Classic with regard to shaping the National Corn Growers Association (NCGA) Policy on commodity title programs for the next farm bill. Could you share some of the background and the official policy resulting from that meeting?

Anthony: I was part of a small group of board members that last winter made a trip to Indianapolis, Indiana. The idea was to sit down with other State organizations and have a discussion about what we really believed in. … Continue reading

END_OF_DOCUMENT_TOKEN_TO_BE_REPLACED

Fields were still wet from the previous week’s rain, but began to dry and allowed producers to get back in their fields. Field activities included tilling wheat stubble, planting cover crops, hauling manure, harvesting corn for silage, and preparing storage bins and equipment for fall harvest.

As of Sunday September 18th, corn in dough was 96 percent, three percent behind the five-year average.… Continue reading

END_OF_DOCUMENT_TOKEN_TO_BE_REPLACED

The Innovation Center for U.S. Dairy, in affiliation with the Dairy Research Institute, announced the U.S. Dairy Sustainability Awards, a new program to recognize dairy farms, businesses and collaborative partnerships for efforts that deliver outstanding economic, environmental and/or social benefit, thus helping to advance sustainability of the dairy industry.

The awards are divided into three categories: dairy farm, dairy processing/manufacturing and energy conservation/generation. Nominations are being accepted at USDairy.com/Sustainability/Awards through Dec. 1, 2011.

Winners of the U.S. Dairy Sustainability Awards will be announced in February 2012. In addition, honorees will share their stories and passion for sustainability on a national scale in forums and venues, and will be featured on USDairy.com/Sustainability… Continue reading

END_OF_DOCUMENT_TOKEN_TO_BE_REPLACED

By Dave Nanda, Director of Genetics and Technology for Seed Consultants, Inc.

Before the summer of 2011, it was generally assumed that high temperatures and humidity would cause high incidence of corn diseases. But the diseases did not spread where it was hot and dry, even though lower leaves had lesions present. We speculated that perhaps it was too hot and dry for corn and soybeans and also for leaf diseases. Was that a correct assumption?

Well, after crisscrossing the states of Indiana from Warsaw, Valparaiso, Decatur, Brookston, Kokomo, Seymour, Scottsburg, Terre Haute, Jamestown, New Castle, Batesville, Shelbyville, Versailles, Indiana to Bradford, Celina and Washington Court House in Ohio, during our Kick-off meetings, field days and crop scouting trips, and observing a lot of corn and soybean fields, I came to the conclusion that our assumptions were correct. If is too hot and dry for corn and soybeans, it is also not favorable for the disease organisms.… Continue reading

END_OF_DOCUMENT_TOKEN_TO_BE_REPLACED

Here is a sneak peek at what you’ll see on the AGCO lot at Farm Science Review. It includes two new combines and a planter on tracks.… Continue reading

END_OF_DOCUMENT_TOKEN_TO_BE_REPLACED

Here is a sneak peek at what you’ll see on the AGCO lot at Farm Science Review. It includes two new combines and a planter on tracks.… Continue reading

END_OF_DOCUMENT_TOKEN_TO_BE_REPLACED

Although I fished all my life, I didn’t come into hunting until my 30s, when a certain person I had an interest in spending time with let me know that if I wanted to extend our summer relationship into the autumn, that I had better learn to shoot a shotgun. It seems that she had an affinity for waterfowl hunting and once the season commenced Terrie informed me that she would be spending more time in a duck blind than poolside at the apartment complex where we had met and enjoyed each other’s company through the warmer months.

Long story short, I bought a Steven’s 12-gauge side-by-side for $150 from the JC Penney’s outlet store in Columbus and found myself wanting for a place to learn to shoot it, let alone practice with the scattergun.

Had I been raised in rural Ohio, as had my love interest, I likely would not have faced such a learning curve when it came to firearms handling.… Continue reading

END_OF_DOCUMENT_TOKEN_TO_BE_REPLACED 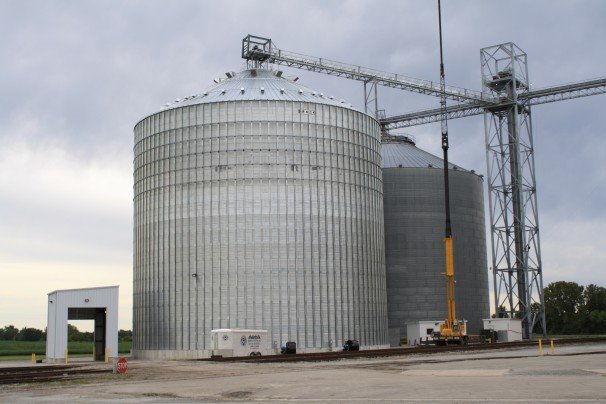 Trupointe has changed the landscape in South Charleston with their remodeled grain facility that includes a new grain bin that will hold more than 720,000 bushels of corn. A new dumping area will also allow corn, beans and wet corn all to be unloaded simultaneously. 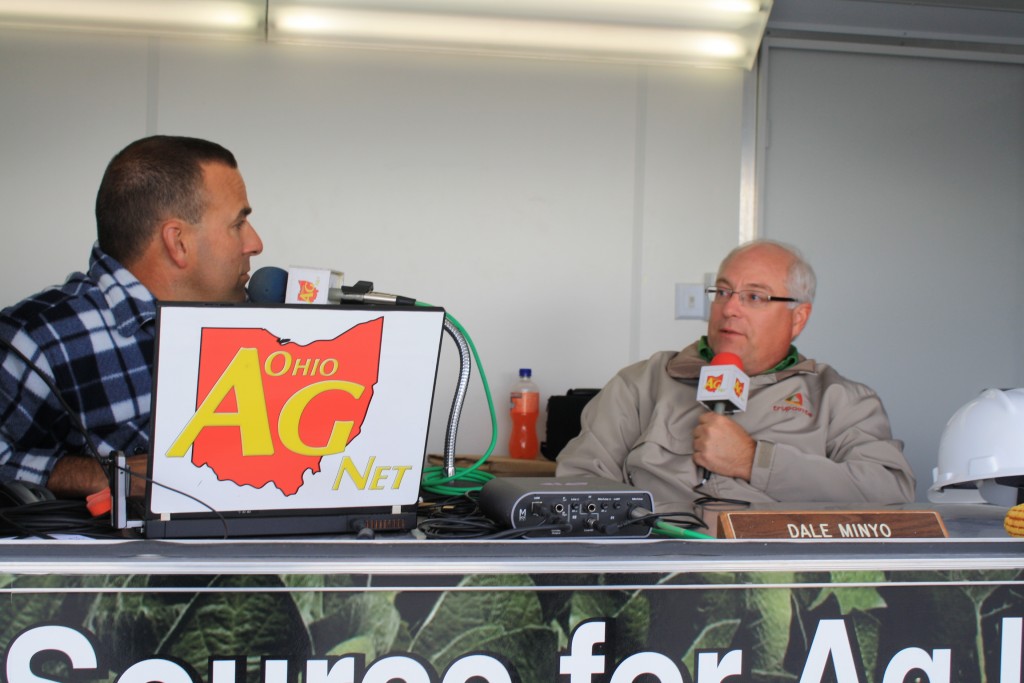 Randy Broady, Director Grain Operations for Trupointe shares the details on the new facility and why they built it.

END_OF_DOCUMENT_TOKEN_TO_BE_REPLACED

“I’m proud to say that we’ve achieved many goals and accomplishments with the association and agricultural community throughout the years for the betterment of our farmers, ag economy and our state,” Siekman said. “After thoughtful consideration, I’m ready to tackle new challenges in my professional career.”

Siekman and OCWGA worked to address domestic and international issues that affect the success of Ohio’s corn and wheat markets, including ethanol, livestock, trade, environment and transportation issues, as well as federal farm programs, research and marketing programs.

END_OF_DOCUMENT_TOKEN_TO_BE_REPLACED

The Pork Checkoff, along with its cosponsor, National Hog Farmer magazine, has selected four pork production operations to be honored as the 2011 Pork Industry Environmental Stewards. The award, now in its 17th year, recognizes producers who demonstrate a firm commitment to safeguarding the environment and their local communities. This year’s national award recipients include Jeff and Alan Wuebker of Wuebker Farms from Versailles, Ohio, in Darke County.

The Environmental Steward award winners were selected by judges represented by pork producers and environmental organizations. The judges reviewed applications from pork producers who are committed to upholding the ideal relationship between pork production and the environment. Their operations were evaluated on their manure management systems, water and soil conservation practices, odor-control strategies, farm aesthetics and neighbor relations, wildlife habitat promotion, innovative ideas used to protect the environment and an essay on the meaning of environmental stewardship.… Continue reading

END_OF_DOCUMENT_TOKEN_TO_BE_REPLACED

Consumers say U.S. farmers not responsible for feeding the world

A new study indicates that a large segment of consumers do not believe U.S. farmers should be responsible for addressing global hunger. In its latest analysis of consumer trust in the food system, the Center for Food Integrity (CFI) found that 40% of those surveyed strongly disagreed that, “the United States has a responsibility to provide food for the rest of the world.”

The study also shows that more than half the survey participants strongly agreed with the statement, “It is more important for the U.S. to teach developing nations how to feed themselves than to export food to them.”

“These results clearly indicate that consumers do not believe U.S. farmers should be responsible for feeding the world.  Agriculture needs to find messages that deliver a direct benefit to consumers or society to build support for today’s farming practices,” said Charlie Arnot, CEO of CFI. “If consumers don’t believe U.S agriculture has a responsibility to feed the world then we can’t build consumer support for today’s farming simply by claiming we need to feed more people, unless we can build public support that feeding the world should be a priority.”… Continue reading

END_OF_DOCUMENT_TOKEN_TO_BE_REPLACED

The House Committee on Agriculture’s Subcommittee on Livestock, Dairy and Poultry heard firsthand the challenges the livestock and poultry industries face today and expect to face in the coming years because of tight feed grain supplies. The hearing came on the heels of a U.S. Department of Agriculture World Agriculture Supply and Demand Estimates report that projected this year’s corn crop will be 417 million bushels lower than initial estimates.

“While U.S. corn usage for food and industrial purposes other than ethanol have remained relatively constant since 2008, the amount of corn used for ethanol has increased eight-fold, with three-quarters of that increase occurring since 2005,” said Steve Meyer on behalf of NCBA.… Continue reading