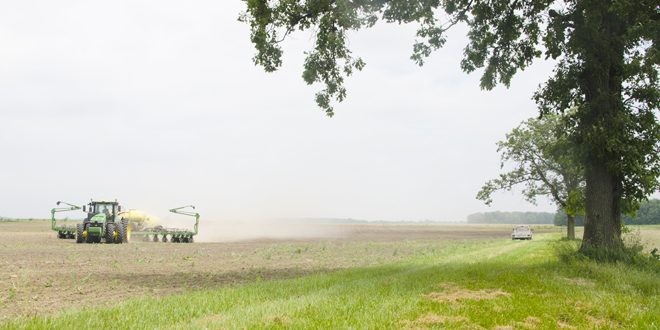 The warm weather this past week primed many farmers for spring planting.  Government weather forecasting had gotten better but the results are still variable.  According to the NOAA, the year 2020 was a year of extremes, with record temperatures, dry overall conditions, and forest fires in the West.  Northwest Ohio was dry last year with some rain coming later in the summer and fall. 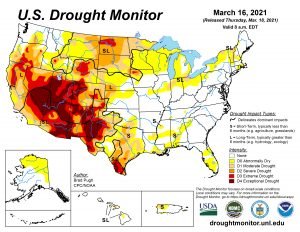 This year, NOAA predicts slightly cooler temperatures as the weather moves away from a La Nina (80% probability) to a more neutral weather pattern.  The El Nino Southern Oscillation or ENSO measures how warm the Pacific tropical ocean water temperatures are with El Nino’s being warmer and La Nina’s being cooler.

What affect is the weather having on weeds?  Henbit and purple nettle are broadleaf weeds that are blooming, putting on seed, and growing quite rapidly.  In wheat and cover crops fields where you want to kill the weeds but let the other crop grow; Harmony, Osprey, and Power Flex many be options for terminating some of these weeds. Weedone (2-4D) can be used on oats and small grains but there are restrictions on plant height and application rates.  Sharpen herbicide applied at low rates has been effectively used to kill many troublesome broadleaf weeds and has less planting restrictions than Weedone (2-4D) on corn and soybean fields.  Weedone is very effective for fall applications to clean up marestail and waterhemp and other fall annuals while Sharpen is slightly less effective in the fall, but Sharpen is commonly used during the growing season.

While getting ready to plant, take some time to look at your tile lines and water discharge.  While visual observations are not quantifiable, look to see how clear the water is coming out.  Generally, the dirtier the water, the more soil and nutrients that are being lost. Soils that are higher in soil organic matter (SOM) and have good soil health generally have tile water discharge that is clearer.  Green plants actively growing over the winter tend to improve soil structure and increase aggregate stability to keep nutrients tied up.  Sometimes in old alfalfa fields with deep tap roots when the plants are dying out, significant soil erosion and nutrient loss may occur.  Planting a grass with fibrous roots in years 3-4 of alfalfa tends to keep the soil healthy, improve hay yields,  and the new actively growing grass roots keep soil and nutrients on the land.

Some farmers have already started planting corn and soybeans. One soil health farmer advocate (David Brandt) likes to plant corn when Lake Erie water temperatures are 45-480F, translating into soil temperatures around 52-530F.  Lake Erie’s water temperatures is now 44.60F, so it may be a little early for ideal corn planting.    Early planted crops can either have a more active roots system to survive poor spring weather or they can get really stressed from severe spring weather. Corn is a warm season plant but since the growing point stays below ground until the 6th true leaf emerges (V6 growth stage) it can tolerate cold temperatures if the growing point is protected.  Cover crops and no-till tend to have more vegetation and residue which acts like a blanket to moderate cold soil temperatures. Crops yields are mainly dependent upon weather stress that occurs after planting.  .

While not common, I would recommend planting early maturing corn and soybean varieties first this year to reduce weather risks.  Early maturing corn and soybeans planted early often take advantage of reduced moisture stress at pollination.  Most farmers plant their latest maturing corn and beans first, then their earlier maturing varieties later.  Often, both early and late planted corn then pollinates around the same time, so the farmer’s risk of crop yield reduction is high if moisture stress occurs during pollination. Improving soil health and building SOM is great for the environment and may reduce some weather-related yield risks. 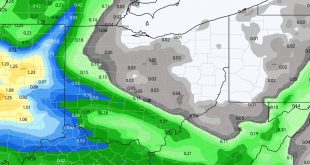 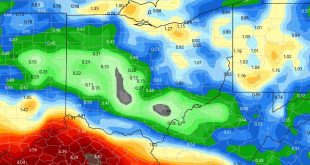 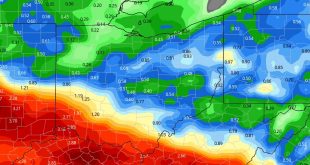