Legalities of Vomitoxin in wheat for buyers and sellers 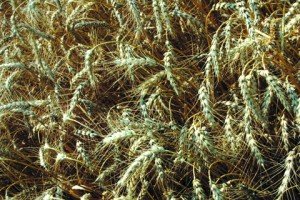 The unusually wet spring has predictably caused disease problems in Ohio’s wheat crop. In addition to head scab and other more common diseases, vomitoxin is being found in this year’s crop. Vomitoxin is a mycotoxin that causes suppressed appetite in livestock and can be harmful to people as well.

Producers with a contract

In regards to Vomitoxin, the key terms are those describing the quality of the wheat required to be delivered. Contracts usually require No.2 wheat to be delivered. No. 2 wheat is a grade established by the USDA and may have up to 4% damaged kernels. The USDA defines damaged kernels as “Kernels, pieces of wheat kernels, and other grains that are badly ground-damaged, badly weather-damaged, diseased, frost-damaged, germ-damaged, heat-damaged, insect-bored, mold-damaged, sprout-damaged, or otherwise materially damaged.” Therefore, if the only grade standard in the contract is No. 2 Soft Red Wheat, a producer’s wheat should not be rejected or discounted solely for Vomitoxin unless more than 4% of the kernels are diseased or otherwise damaged. The 4% threshold is the accumulation of all damaged kernels and not just a single type of damage.

Some contracts will include more restrictive grade terms such as “must be suitable for human consumption” or “must meet all FDA guidelines.”

The FDA has not established a minimum threshold for raw wheat for human consumption. The milling and manufacturing of wheat can reduce vomitoxin levels. Finished wheat products like flour and bran must contain less than 1 part per million (ppm) if used for human consumption. The FDA has established a 5 ppm threshold for hogs and 10 ppm threshold for cattle and poultry. Therefore, a miller that requires wheat to meet FDA standards can reject wheat if the flour or other final product would contain more than 1 ppm vomitoxin. It is important to note that wheat could have less than 4% damaged kernels but have more than 1 ppm vomitoxin. That is, the USDA No.2 wheat grade is a completely different standard that the FDA’s ppm standard.

Producers that have wheat rejected can have the dual problem of having wheat rejected and still being obligated to fulfill the contract. A worse case scenario would see a producer not being able to sell his wheat due to high vomitoxin levels while still being required to fulfill his contract obligations for untainted wheat with the elevator. Typically a buyer will reject the wheat without requiring the producer to fulfill the contract.

A producer who intends to sell a load of wheat to a buyer without a contract has very little legal protection from the corn being rejected. The buyer is under no obligation to buy the wheat and can simply opt not to buy the wheat for any reasonable reason. Without a contract, the buyer is not bound to any predetermined grade standards. Even the smallest amount of vomitoxin in the wheat could cause it to be rejected.

Producers have the right to appeal the grain grading determination performed by the elevator. The Federal Grain Inspection Service (FGIS) oversees grain grading procedures and methods and also provides inspection and appeal services. A producer who disputes the elevator’s grading can send a sample to FGIS and FGIS’ determination will be binding on both parties. A FGIS office is located in Toledo. For more details and information on grading appeals, contact FGIS at 419- 893-3076‎.

Some crop insurance policies cover Vomitoxin damage. The wheat must be checked by an adjuster while still in the field to avoid tainted wheat from being mixed with untainted wheat in bins. Many producers opted to not file a claim on their corn crop due to the significant impact on APH.

Will we see grain contracts move away from the USDA No.2 Wheat standard and towards the FDA ppm standard for vomitoxin and other mycotoxins? Buyers relying on the USDA standard could get stuck buying grain that exceeds the FDA’s ppm standards. Unless blended with non-tainted grain, this grain would seemingly be unmarketable as it could not be used for human consumption, livestock consumption, and/or export. Producers should anticipate possible changes to grading standards in contracts offered by elevators and other buyers. A careful reading of all new grain contracts should be a must for producers to make sure they fully understand the quality and grade of grain they are expected to deliver to the buyer.