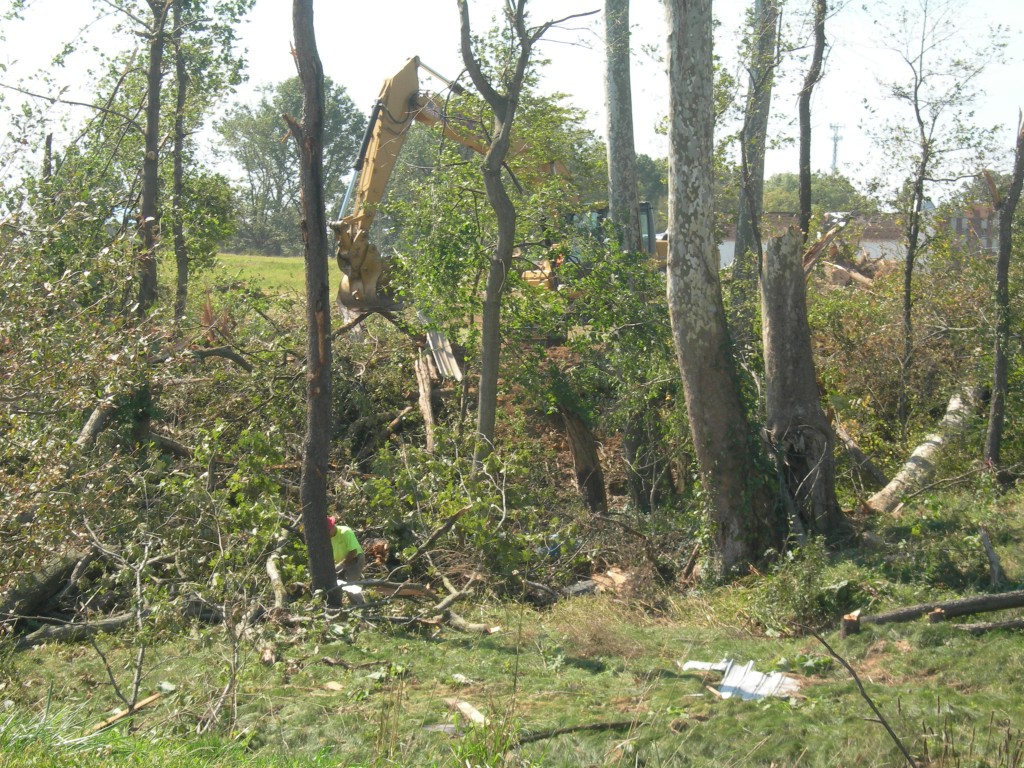 “We have made tremendous strides since last Thursday and will continue to do so throughout this week,” said OARDC Director Steve Slack. “I am always amazed at how people step up in times of emergency, and this situation has been no exception.

“We have received extraordinary assistance from the university and the state,” Slack said, “as well as more locally from the county and city.”

“We’ll overcome this,” Gov. Ted Strickland said on a tour of the devastated campus last Saturday (9/18). “We always bounce back. The people pull together. The very best in Ohio comes out.”

• Workers have restored electricity to most of the campus’s buildings.

• Tree crews have removed most of the downed trees on the main part of campus, though that work continues, and have started to work in the campus’s heavily wooded Secrest Arboretum.

• Structural engineers have determined that all of the buildings are structurally sound despite, in many cases, extensive roof, window and/or water damage.

• Engineers have also determined that almost all the roofs on campus suffered some degree of damage — some minor, some major. In many cases, flying debris punctured the flexible membranes of flat-roofed buildings that were out of the tornado’s path and were otherwise unharmed.

• Salvage crews have begun removing broken glass, metal and other debris from the hard-hit Research Services Building. Offices for OARDC’s administrators — Slack and others — were in that building, saw extensive damage, and have been temporarily relocated to the Shisler Center on campus.

Because of the danger from heavy equipment and debris on the premises, the campus remains closed until further notice.

OARDC is the research arm of Ohio State’s College of Food, Agricultural, and Environmental Sciences.