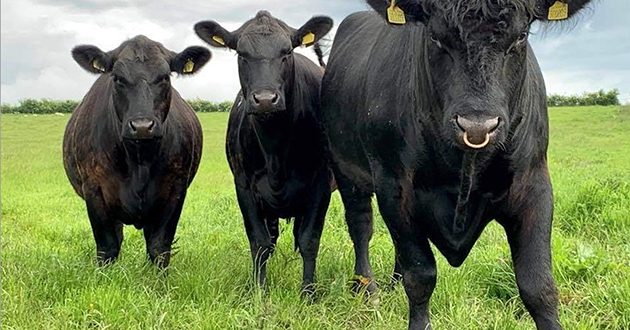 For a few days in October, many of us take great delight in making things a bit spookier than they really are, but this type of misinformation is now immediately available year round — and it can go well beyond spooky to dangerous.

With a constantly updating news cycle featuring various media outlets vying to lure in massive advertising dollars, social media making everyone a preacher/news anchor/columnist according to their own whims and a truly vicious political climate from both sides of the aisle, gross misinformation has the opportunity to flow freely with few checks and balances.

I have gotten some questions about the rumors surrounding a “cow tax” being proposed for methane emissions. First, these rumors are not true. Second, this story is an excellent illustration for the way information can be twisted to lead to conclusions not based on reality.

It all got started with legitimate concerns regarding the possibility of the murky and confusing issue of agricultural methane emissions being targeted with taxes through federal legislation, specifically in the infrastructure bill passed by the Senate this summer.

“Over the summer, American Farm Bureau economists conducted an analysis, at the request of Congressional committee staff, to determine the potential impact if agriculture were to be included in legislation imposing such a tax,” said Sam Kieffer, American Farm Bureau Federation Vice President for Public Affairs. “We did so based on the formula set forth in legislative proposals that impose a methane tax on the oil and gas sectors. We believe this analysis was informative and helpful in demonstrating that such a tax would have been devastating to agriculture.”

AFBF, of course, opposes any tax or fee on methane from agriculture.

“While we oppose any tax on methane, Farm Bureau is grateful to lawmakers for recognizing the thin margins in agriculture and that such a tax would undoubtedly put family farms out of business,” Kieffer said. “We are especially grateful to the Senate for passing an amendment that specifically exempts agriculture.”

With the House now debating this infrastructure package along with a massive “Build back better” bill, Speaker Nancy Pelosi is pushing for the inclusion of many provisions, including fees based on methane emissions from fossil fuel use, but NOT agriculture.

Yet, on Sept. 22, 2021, Rep. Markwayne Mullin (R-OK) posted an opinion piece on his website criticizing the spending bill and claiming the language includes a methane emissions fee for agriculture. This article was widely distributed through social (and other) media, gaining significant attention for Mullin in the process. Here is an excerpt:

By now, you have probably heard about President Biden’s $3.5 trillion “Build Back Better” bill and all the empty promises in it. The truth is that it will do nothing to build our country up. Instead, this is a blank check to take our country into socialism…In an attempt to eliminate fossil fuels, this legislation would impose a “fee” on all methane emissions, including in our agriculture industry. We all know that a fee is just a tax and that consumers are the ones who will pay for it. The tax is estimated to cost $6,500 per dairy cow, $2,600 per head of cattle, and $500 per swine each year. That is more than what the animals are worth, it’ll run ranchers out of business.

Well, as you could imagine, agricultural groups heard about this from legitimately concerned members. Mullin’s opinion piece does bring up legitimate concerns based on some real issues, but it also includes completely false information with regard to the “cow tax.”

“The rumors relative to a potential $2,600 per head methane emissions ‘cow tax’ are just that: rumors,” said the Ohio Cattlemen’s Association in a statement on social media. “The House’s current draft of the spending bill does NOT include any sort of fee or tax on methane emissions from agriculture. It does, however, require the imposition of a fee on methane from petroleum and natural gas systems. This provision falls under the jurisdiction of the House Energy & Commerce Committee, but does NOT pertain to agricultural emissions.”

For reference, the language for the House draft language is available at: https://docs.house.gov/meetings/BU/BU00/20210925/114090/BILLS-117pih-BuildBackBetterAct.pdf.

As the misinformation in this real example just unraveled, where were you tempted to place the blame? Was it the fault of the organization prompted to proactively prepare some what-if numbers? Was it the politician using false information to garner votes? Was it the countless people who shared the information without verifying it? Was it the media outlets trying to entice viewers/readers? Or does the fault lie with those quick to adopt information supporting their political agenda of choice? The finger of accusation could point in many directions here, but ultimately there is only one person who has control over your choice to believe or dismiss misinformation.

In general, if something sounds too good or too bad to be true, it probably is and it warrants further scrutiny. There is plenty of room for real concerns about the issues of the day and no need to believe something even worse — we live in a reality that is spooky enough on its own.

The United States Senate, after months of across-the-aisle negotiations, voted to pass the bipartisan infrastructure …